Top Posts
SWISS JUSTICE WILL CRACK DOWN VICIOUSLY ON FIFA IF INFANTINO REFUSES TO RESIGN
CAF ELECTIONS 2021: A BURIAL CEREMONY OR WITNESS TO A RESURRECTION
BANANA REPUBLIC: SWISS CORRUPTION FIGHTING BACK WITH LEGAL TECHNICALITIES
EMILIO GARCIA SILVERO: MEET THE MAN SET TO DELIVER BRIBES TO SPECIAL PROSECUTOR STEFAN KELLER
BANANA REPUBLIC: SWITZERLAND TRIES TO REDEEM ITS ROTTEN REPUTATION AND LEGACY OF CORRUPTION
TIME HAS COME TO START THINKING OF A WORLD WITHOUT FIFA
UEFA AND CONMEBOL TAKE THEIR NEW ALLIANCE OUT FOR A SPIN
WWC2023 SHOWDOWN SHOWS WHO WIELDS POWER BETWEEN INFANTINO & UEFA
SOUTH AFRICAN FOOTBALL CONTINUES IT’S DOWNWARD SPIRAL
WILL THE WORLD EVER ACCEPT A MUSLIM AT THE HELM OF FIFA?
Home News BANANA REPUBLIC: SWISS CORRUPTION FIGHTING BACK WITH LEGAL TECHNICALITIES
News

written by admin July 20, 2020
This article is also available in the following languages:
FacebookTwitterInstagramTelegramEmail

There are few certainties in this universe, the rotating of the earth around the sun, the earth spinning on its axis, the ebb and flow of the tide and the fact that corruption will always fight back.

This past week in Switzerland has seen the gentle rise of a narrative being spun to excuse the conduct of Attorney-General Michael Lauber, who is facing a parliamentary impeachment for questionable and illegal/criminal actions in the conduct of his public mandate.

The supervisory authority over the Federal Prosecutor’s Office has appointed the President of the Canton of Obwald Higher and Administrative Court Stefan Keller as extraordinary federal public prosecutor.  With this, the 43-year-old from the village of Sachseln, is examining the criminal charges against Federal Attorney Michael Lauber, Gianni Infantino and other people in the FIFA affair.

Keller has previously worked as clerk of the criminal law department at the Federal Court in Lausanne, as a military investigating judge and public prosecutor and is currently working in the second cantonal court as President of the Higher and Administrative Court Obwalden, and thus believes that he has the necessary tools to carry out this mandate.

This appointment relates to the illegal interactions between Federal AG Michael Lauber and FIFA boss Gianni Infantino right in the middle of investigations and prosecutions of various FIFA cases, with claims that neither Lauber nor Infantino or their associates could remember either the meetings or the discussions thereon, but more suspiciously that none kept a record of the discussions.

The High Court in Bern actually had to force Lauber and two of his junior associates to recuse themselves from the cases, even though the damage had already been done, case-in-point being the recent acquittal of former German FA (DFB) bosses over the payment of bribes to FIFA Executive committee members in return for the vote to grant them the hosting rights to the 2006 FIFA World Cup. 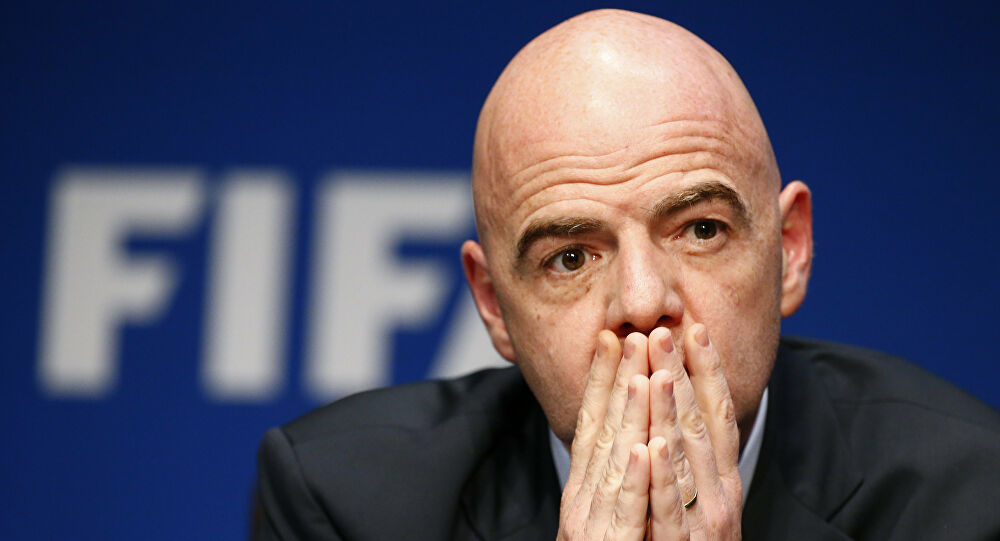 A few months ago, the courts terminated these cases on the basis of being time-barred and past the statute of limitations despite being in the hands of Lauber and his associates for years.

The Swiss Federal courts suffered more ridicule last month when its President Ulrich Meyer was caught in a recording making sexist remarks about another (female) judge in the criminal division of the courts.

Meyer can be heard saying that the woman “stammers”, has “a poisonous look” and is “anorexic”, before continuing to state that the lady in question disgusts him and therefore makes it impossible for him “to look at her for more than two seconds”.

These remarks were made to a fellow Judge, after the lady Judge had left the room, and were part of larger recordings that were transcribed for the record.

It would be instructive to note that the Administrative Commission (CA) of the Federal Court, of which Judge Meyer is a member, had been investigating suspected dysfunctions within the Criminal Division of the Swiss Federal Courts earlier this year. 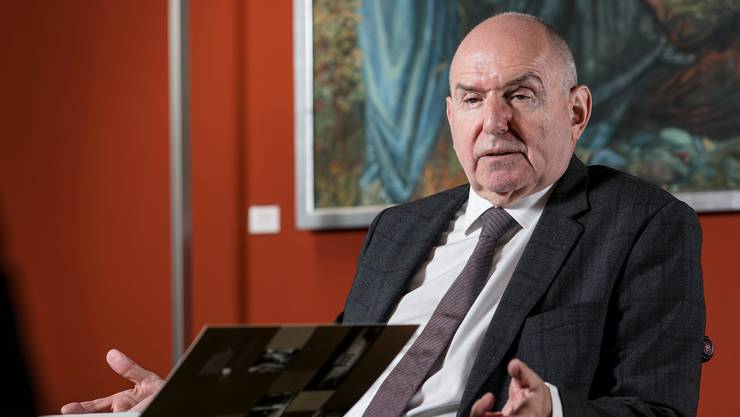 The CA would in April recommend the sacking of the Secretary-General of the Federal Courts after it noted that there had been a number of questionable incidents in the past.

This example, taken in tandem with the issues discovered surrounding the partial execution of his duty by Lauber point to a seriously dysfunctional and corrupt system in Switzerland that has the potential of further muddying the image of a country long thought to sanction or even encourage corruption elsewhere.

Interestingly, the business audit commission (GPK) of the Swiss Federal Parliament has been pretty active and handled some of these incidents. Their recently published reports on the investigations are generally praised by politicians and lawyers alike.

That the GPK came out clearly and described these incidents as clear misconduct is quite telling. For example, it refers to the relationship between the federal prosecutor’s office and its supervisory authority AB-BA as “disturbed” or rather, strained.

GPK also found that the federal attorney Michael Lauber, has an extremely warped perception and a “wrong understanding of supervision”. Something we find consistent with those who wield great public power that they somehow wish to subvert for personal reasons and abhorrence of the system of checks and balances.

Enter The Green Party National Councilor Manuela Weichelt-Picard who was one of the people responsible for the investigation as President of the GPK sub-commission on “Courts and the Federal Prosecutor”.

Questions are now being raised as to whether Weichelt-Picard was neutral enough to participate in the investigation in the first place, and her ability to resolve the dispute between the federal prosecutor and his supervisory authority – and to present a neutral final report. 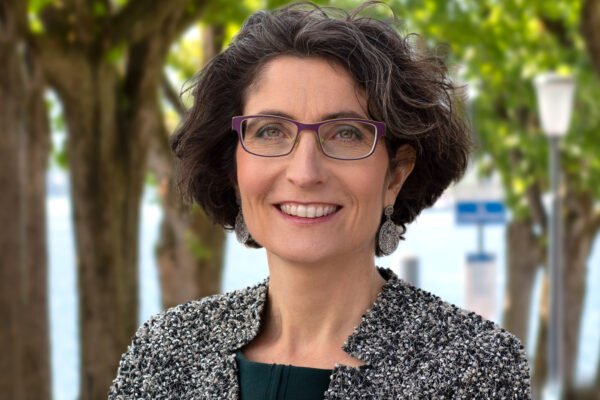 This came about after it came to light that Manuela Weichelt-Picard’s proximity to President of the AB-BA (Swiss judicial supervisory authority), Hanspeter Uster raised the question of a possible bias.

It is precisely these points of contact that have raised the question of whether, in connection with the investigation into the incidents involving Federal Attorney Michael Lauber and the Federal Criminal Court, the appearance of bias could arise. The proximity between Weichelt and Uster has even been discussed internally, but Weichelt insists that in her opinion, there was no reason for failure to comply with the Parliamentary Act.

Weichelt emphasizes that both the hearings and the decision to inspect the activities of the AGs office took place before they took office and that afterwards, Hans Stöckli, who was president of the sub-commission, held the chair of the investigation.

Based on this background, Weichelt is certain that her proximity to Hanspeter Uster did not influence the content of the investigation.

However there is consensus among GPK members, that the influence of the committee president is generally not so great and that it would be highly unlikely that she could have influenced the report in one direction. The independent Secretariat of the Commission plays an important role in the drafting of the report. 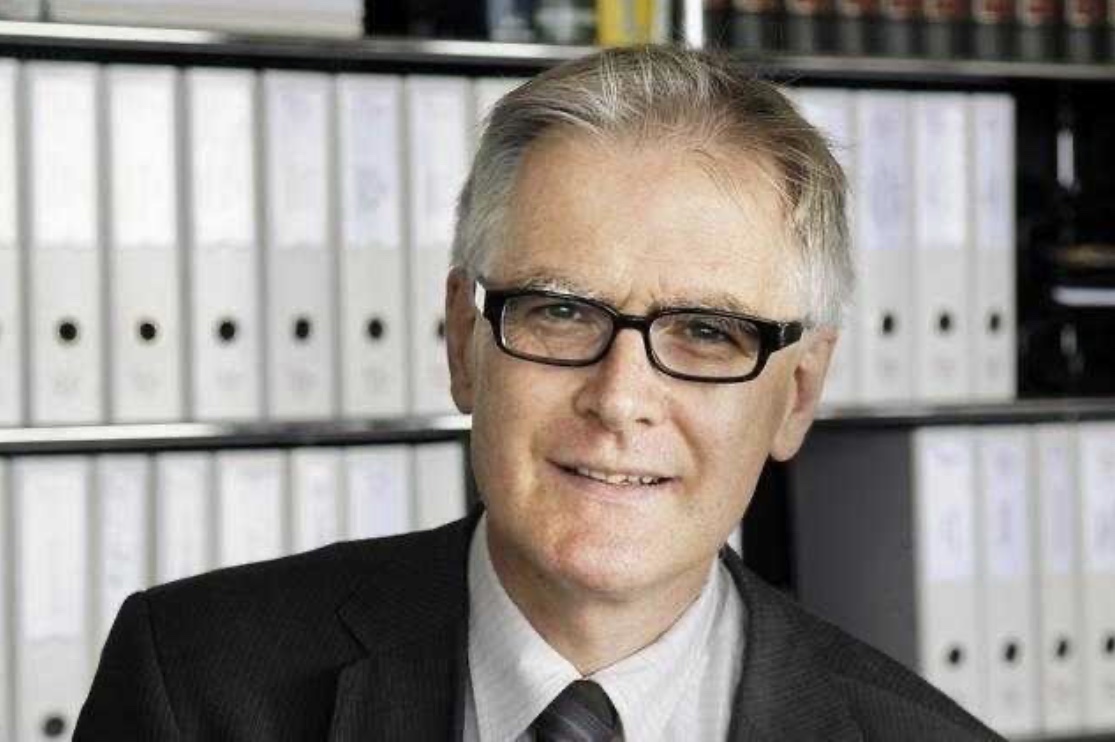 The greatest fear in all this is the likelihood that this little lacuna could create an opportunity for Lauber and Infantino to contest the outcomes of the investigation by Keller, based entirely on claims that the initial report (the one that found wrongdoing on the part of Michael Lauber) came from a biased source.

Lauber and Infantino, known influence-peddlers, could very well latch onto this technicality and use it to propel the notion of unfairness in every subsequent proceeding therefrom.

And moreso in the highly likely event that Keller will find them both to have been criminally involved, now that the Swiss Parliamentary committee has moved this from an entirely political process to a judicial process.

Obviously you cannot use the office of the same AG who is under investigation to review its own criminal culpability which is what makes the appointment of Keller so critical to the perception of clean processes and the entire country of Switzerland from being a banana republic.

The case of Michael Lauber and Gianni Infantino cannot be attacked with brute force as has been done elsewhere, the characters are too high profile and Switzerland is also in the crosshairs of the World for taking various positions over the last 100 years, against the grain of morality and common sense.

The ink is hardly dry on the Department of Justice indictments on FIFA officials in the FIFAgate scandal, then Infantino foolishly attempts to re-enact the exact similar corrupt conditions of his predecessors in the organization, and (classic Gianni) has tried to finesse this by even corrupting Government officials.

Most pundits who have spoken to us find it highly suspicious how the claims against Green Party MP Weichelt suddenly emerged, in an attempt to cast aspersions on the process.

Warriors of truth and light in Switzerland need to be doubly watchful of such machinations, considering that this same Parliament voted to grant Lauber a 4-year extension of his tenure as AG while knowing that he had questions about his integrity.

Our sources tell us that if the duo of Lauber and Infantino are unable to reach Keller directly, with a deal to purchase his cooperation, they intend to explode the original report by the Parliamentary sub-committee politically by (mainly) false accusations and conjecture.

These are extremely dangerous and desperate people, willing to do anything to retain their positions.

Despite having a legal degree, we all know what Infantino would be outside of football – NOTHING!

CAF ELECTIONS 2021: A BURIAL CEREMONY OR WITNESS TO A RESURRECTION

CECAFA IMPLODES WHILE ITS LEADERS GORGE THEMSELVES...