Top Posts
SWISS JUSTICE WILL CRACK DOWN VICIOUSLY ON FIFA IF INFANTINO REFUSES TO RESIGN
CAF ELECTIONS 2021: A BURIAL CEREMONY OR WITNESS TO A RESURRECTION
BANANA REPUBLIC: SWISS CORRUPTION FIGHTING BACK WITH LEGAL TECHNICALITIES
EMILIO GARCIA SILVERO: MEET THE MAN SET TO DELIVER BRIBES TO SPECIAL PROSECUTOR STEFAN KELLER
BANANA REPUBLIC: SWITZERLAND TRIES TO REDEEM ITS ROTTEN REPUTATION AND LEGACY OF CORRUPTION
TIME HAS COME TO START THINKING OF A WORLD WITHOUT FIFA
UEFA AND CONMEBOL TAKE THEIR NEW ALLIANCE OUT FOR A SPIN
WWC2023 SHOWDOWN SHOWS WHO WIELDS POWER BETWEEN INFANTINO & UEFA
SOUTH AFRICAN FOOTBALL CONTINUES IT’S DOWNWARD SPIRAL
WILL THE WORLD EVER ACCEPT A MUSLIM AT THE HELM OF FIFA?
Home Editor's Picks BETRAYAL IN THE CITY: LAGADERE HAVE JUST LEARNT THAT THEIR CONTRACT IS TOILET PAPER
Editor's Picks

Lagardère Sports and Entertainment (LSE) and its owner Arnaud Lagardère are about to witness with their own very eyes, the post-modern version of the Munich Betrayal. 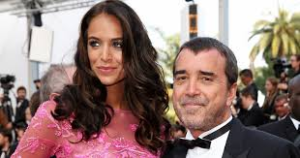 Can Arnaud stop being a socialite for a minute and handle CAF/FIFA decisively?

The Munich agreement of 1938 remains the most brazen modern day betrayal (before Donald Trump screwed over the Kurds in Syria last month) to ever take place.

The key actors in this drama were German Fuhrer Adolf Hitler and British Prime Minister Neville Chamberlain in 1938 and in British response to growing Nazi German aggression and expansionism in Europe.

The whole of Europe did not want another war, just 20 years after the end of the Great War (1914-1918) which war had been manufactured on an industrial scale like never witnessed before.

So when the Germans started to annex various European territories, England and France were rightly worried that it would lead to another explosion of war, and they were tired as hell, had lost too many of their young men just two decades before.

During an Emergency meeting of European powers in Munich, Germany in September 1938, the English and French in the greatest act of appeasement to Hitler’s demands agreed to allow Germany to occupy part of Czechoslovakia, the World had ever seen.

Chamberlain and his French counterpart (PM Edouard Daladier) returned home jubilantly to huge crowds who all believed that a war had been averted. Pictures from that era show Chamberlain holding up the signed agreement as though a trophy, remains the poignant historical reminder never to capitulate to expansionists. 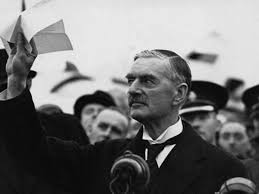 In any event, by May 1939 Hitler invaded the rest of Czechoslovakia and by September 1939 invaded Poland, and the War that everyone else wanted to avoid was upon them anyway…

We have consistently insisted that LSE and its top bosses may have miscalculated when dealing with CAF President Ahmad and the Moroccan duo of Finance Committee Chairman Fouzi Lekjaa and GS Mouad Hajji in the renegotiation of the LSE commercial contract with CAF.

LSE has continued to believe that its appeasement policy with Ahmad, where the African head Idriss Akki would be seen accompanying Ahmad, Mouad Hajji and Egyptian Hany Abo Rida to the Omrah in Saudi Arabia, lulled LSE into believing that they were somewhat kindred spirits. 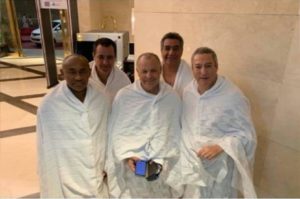 Today, LSE are scrambling to find their footing after CAF unilaterally withdrew and terminated the 12-year agreement (2016 – 2028) which had a minimum guarantee of USD 1Billion over the term.

In a letter dated 15th November from LSE and addressed to CAF President Ahmad, they attempt to walk through the series of events that led to the abrupt termination of the LSE-CAF contract.

Off-hand and based on common sense, LSE rejects CAF insistence that the contract was already null and void based on the ruling of the Egyptian Competition Authority, a whole 3 years previously and against which CAF refused to make an appeal despite pressure from LSE.

Admittedly, CAF are trying to use the ruling of something based only on Egyptian jurisdiction, on a contract signed and agreed upon international laws and dispute resolution mechanisms.

LSE keeps alluding to the series of meetings held between itself and members of the ad hoc committee of Constant Omari (1st VP), Fouzi Lekjaa (2nd VP) and Hany Abo Rida of the FIFA Council.

Apparently, LSE did eventually organize the proposed meeting of 1st and 2nd November 2018 in Rabat, Morocco where a wide range of topics were discussed and way forward proposed.

First of course, was that LSE agreed to release the Free-to-Air TV rights for Sub-Saharan Africa back to CAF who would then leverage them moving onwards. It also gave CAF an opportunity to try and recover the USD 20 million still in the hands of Beninois Company LC2 which had been incurred during the Hayatou years.

Another issue that seemed to stir up the hornets’ nest at CAF was the length of the LSE-CAF contract (12 years) with many in the cast of 23 bridesmaids known as the CAF Exco being of the opinion that this was too long, based on nothing more than their intuition and limited experience in such matters. 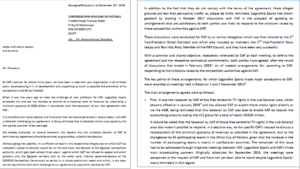 Letter from LSE to Ahmad on the termination of the contract (Pg 1 & 2).

In any event LSE acceded to this demand by CAF, agreeing that the contract should not automatically be renewed post-31st December 2024 should LSE not have kept specific clauses of the new agreement.

LSE insists in its letter that despite the lateness of the hour, there is still time to resolve the issues amicably, and requesting for an opportunity to make a presentation at the CAF Exco tomorrow 21st November 2019.

However, and as widely anticipated by the more pragmatic African football pundits, that is not how Infantino and Ahmad operate, their mode of operation is simply to bulldoze their will and do away with the entire agreement. 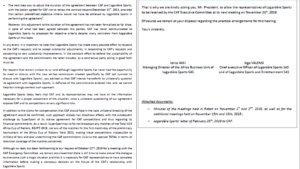 LSE letter to Ahmad on termination of contract (Pg 3 & 4).

LSE, its owner Arnaud Lagardère, CEO Ugo Valensi and Africa Boss Idriss Akki can continue to hold aloft this contract plus the minutes of the meetings with the CAF Ad hoc committee and wave it like a Matadors cape, it won’t make a difference.

As far and CAF and FIFA are concerned, the contract has gone the way of the Dodo, which aptly also happens to be the extinct bird from Ahmad’s home island of Madagascar. 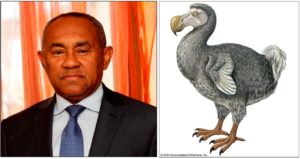 The Dodo himself, CAF President Ahmad; Africa awaits his extinction from football.

LSE CEO Ugo Valensi, welcome to African football, and quit holding up the contract like Chamberlain held the Munich agreement in 1938. This is now your betrayal moment, own it. 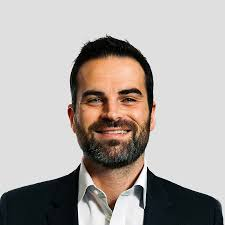 You need to shake the African operations from top to bottom, heads must roll immediately, there aren’t two ways about it.

To deal with CAF and FIFA, you need to apply extreme pragmatism and ruthlessness. LSE need to identify exactly what they want from this broken relationship because for sure, they will not be coming back.

Take whatever money would be awarded to LSE by the legal processes of last resort and run, maybe target a comeback after the natural attrition of both Ahmad and Infantino several years down the road.

For now, we seriously believe that the African football property is being over-valued for some reason, and the likes of Supersport and BeIN continue to allude to this fact on a daily basis.

If CAF and FIFA can find a fool willing to dole out USD 2 Billion for a medium term contract, let them take it.

THE RETURN OF THE KING AND CAF’s NEW...