Top Posts
SWISS JUSTICE WILL CRACK DOWN VICIOUSLY ON FIFA IF INFANTINO REFUSES TO RESIGN
CAF ELECTIONS 2021: A BURIAL CEREMONY OR WITNESS TO A RESURRECTION
BANANA REPUBLIC: SWISS CORRUPTION FIGHTING BACK WITH LEGAL TECHNICALITIES
EMILIO GARCIA SILVERO: MEET THE MAN SET TO DELIVER BRIBES TO SPECIAL PROSECUTOR STEFAN KELLER
BANANA REPUBLIC: SWITZERLAND TRIES TO REDEEM ITS ROTTEN REPUTATION AND LEGACY OF CORRUPTION
TIME HAS COME TO START THINKING OF A WORLD WITHOUT FIFA
UEFA AND CONMEBOL TAKE THEIR NEW ALLIANCE OUT FOR A SPIN
WWC2023 SHOWDOWN SHOWS WHO WIELDS POWER BETWEEN INFANTINO & UEFA
SOUTH AFRICAN FOOTBALL CONTINUES IT’S DOWNWARD SPIRAL
WILL THE WORLD EVER ACCEPT A MUSLIM AT THE HELM OF FIFA?
Home Commentaries DISGUSTING: Toxic Former Egyptian FA President Hany Aborida Emerges From The Wood-Work, Plots Return
Commentaries

written by admin November 21, 2019
This article is also available in the following languages:
FacebookTwitterInstagramTelegramEmail

Hany Abo Rida, the toxic former FA President for the Egyptian Football Association finally crawled out of the woodwork after a lay-off of several months, following his acrimonious departure from the EFA Presidency last July. 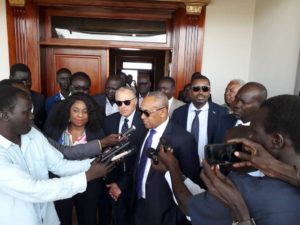 Following the resignation of Abo Rida and his entire executive, FIFA appointed 5-person Normalization committee which will, among other things, prepare for election no later than July 31st 2020. The committee is comprised of;

Just to underscore the resolve of Egyptians to get to the bottom of this corruption conundrum at EFA, Lawyer Ayman Mahfouz filed a lawsuit to Attorney General Nabil Sadik against the Egyptian Football Federation officials because of the Egyptian team’s departure from the African Cup of Nations after hiring a coach for millions of dollars.

According to the lawsuit, Mahfouz confirmed that Egyptian Football Association President Hany Abo Rida and many board members are not exempted from legal liability, in accordance with article 119 of the Egyptian Penal Code.

He demanded an investigation into these charges, which include wasting public money, and called for the banning the officials of the Football Association from travelling.

The latter part of this request came following the public outcry after pictures leaked of EFA officials travelling by private jet to the FIFA World Cup 2018 in Russia, where their team had a disastrous outing, despite making a return after 30-odd years.

It must be noted that Abo Rida had been a board member of the Egyptian FA since 1989 (a whopping 30 years) and on the FIFA Council since 2009.

It was the latest re-election in May 2017 that has become the focus of a FIFA Ethics committee investigation. 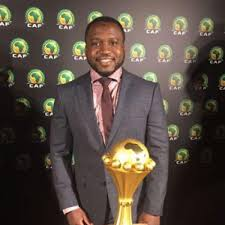 These were the words of Portuguese Miguel Maduro, who was then the chair of FIFA’s Governance Committee, and later sacked by FIFA President Infantino. 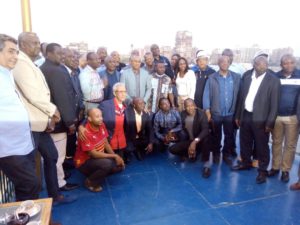 FA Presidents who attended the get-together in Egypt and later flew to Bahrain via private jet.

Ominously, Ngoufounja had been relieved of his duties to make way for Infantino’s former classmate and personal friend Veron Mosengo-Omba to the post, to underscore the nepotism and cronyism that Infantino introduced to FIFA.

Obviously, FIFA has been under a lot of pressure in Europe where it has further lost a lot of credibility due to its acts of omission or commission. Top on the list was the abrupt sacking of the highly respected Ethics committee heads Hans-Joachim Eckhert and Cornel Borberly alongside Governance committee head Miguel Maduro.

Their replacements have only gone ahead to reinforce the claims made by Maduro to the House committee in England that FIFA has a culture of governance that is “a system of rules without the rule of law” and that “half of the governance committee are currently not independent, as required”. 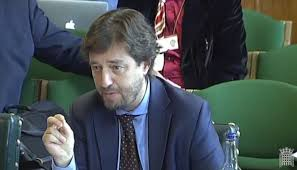 Almost two years since the complaints made about the conduct of Hany Abo Rida to the FIFA Ethics and Governance committees, the investigatory chamber finally and grudgingly sent him a letter dated 13th March 2019, seeking his written statement on the claims about influencing the outcome of the FIFA Council seat vote in May 2017. 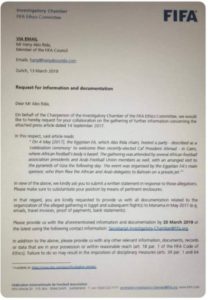 Abo Rida: Given super preferential treatment that investigations into his outright breach of statutes have been shelved at the request of Gianni Infantino.

Remember, Abo Rida was an influential member of the notorious “muslim brotherhood” within CAF which was taken on a fully paid pilgrimage to Mecca by Ahmad on CAF funds.

South Africa, who were seen as the enemy early 2019 were not even considered for hosting of the 2019 AFCON, which was granted to Egypt.

As part of this award of the hosting rights, CAF emergency committee opaquely agreed to grant EFA USD 1 million for preparations despite the fact that the Egyptian Government had underwritten all expenses.

Where did this USD 1 million disappear to? 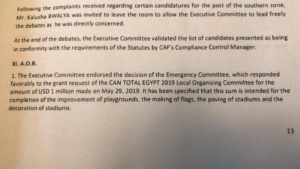 The excerpt of the minutes of the Exco that allowed an advance of USD 1 million to Abo Rida and his EFA.

Did Egypt get its share of the revenues generated from the commercial activities of the AFCON like all other hosts have done previously?

Was the USD 1 million advanced to EFA deducted from these monies or did it disappear into the black hole of EFA corruption as alluded by the lawyer who has sought criminal probe into the affairs of the EFA?

Finally, with close to two dozen African FA Presidents present in Cairo for the supposed bribe-fest in order to vote for Abo Rida, wouldn’t a guilty verdict also mean that they were guilty as well, just as in the Mohammed Bin Hamman fiasco of 2008? 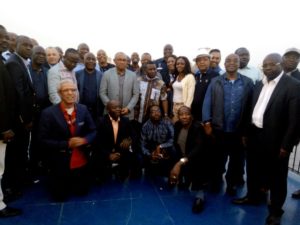 African FA Presidents at the Abo Rida bribe-fest, who will drain the swamp?

Does the FIFA Ethics committee have the balls to indict everyone present at these event for bribery and help drain the African swamp in one fell swoop?

RAPE ALLEGATIONS AGAINST DANNY JORDAAN AND HIS ATTEMPT...

OH DANNY JORDAAN, YOU JUST HAD TO GO...

GIANNI INFANTINO IMPEACHMENT: WHY KENYA IS VITAL TO...