Top Posts
DID AMB. (DR) AMINA MOHAMMED GIVE WHISKY TO A RECOVERING ALCOHOLIC?
ISHA JOHANNSEN – A VIRUS THAT HAS NOW INFECTED THE FIFA COUNCIL
TIS THE SEASON: CAF ELECTIONS – LIFE AND DEATH BATTLES
WHO WILL MOVE THE VOTE OF CONFIDENCE IN INFANTINO AT THE SEPTEMBER 18TH FIFA CONGRESS?
BILITY’S PROPHECY: INFANTINO HAD NO INTENTION OF RESIGNING AFTER CRIMINAL INDICTMENT
BRING IT ON! INFANTINO DARES SPECIAL PROSECUTOR STEFAN KELLER TO ARREST HIM
SWISS JUSTICE WILL CRACK DOWN VICIOUSLY ON FIFA IF INFANTINO REFUSES TO RESIGN
CAF ELECTIONS 2021: A BURIAL CEREMONY OR WITNESS TO A RESURRECTION
BANANA REPUBLIC: SWISS CORRUPTION FIGHTING BACK WITH LEGAL TECHNICALITIES
EMILIO GARCIA SILVERO: MEET THE MAN SET TO DELIVER BRIBES TO SPECIAL PROSECUTOR STEFAN KELLER
Home News UEFA CHAMPIONS LEAGUE FOOTBALL MATCH CITED AS SOURCE OF CORONA VIRUS SPREAD IN ITALY & EUROPE
News

The fiery Champions League match between Valencia vs Atalanta on 19th of February 2020 played at Milan’s San Siro Stadium is being cited as the epicentre of the Corona Virus outbreak which has resulted in devastating casualties especially in Northern Italy. According to the Mayor of Bergamo Giorgio Gori, there might have been high contagion between fans who mingled both in the stadium and in the bars after the match.

Fans travelled 40km together in groups and convoys from Bergamo to Milan to witness their historic Champions League win with celebrations running into the wee hours of the morning.

The statement seems like a direct jab at football authorities UEFA, who were forced to cancel remaining Champions League matches on 13th of this month, close to a month after the said match. In what could be an indictment of football authorities and the slow speed with which they reacted to the escalating pandemic, the Mayor of Bergamo seemed to be blaming them for the outbreak.

UEFA President Aleksander Ceferin had at one moment slacked around the idea of calling off all remaining matches, with the official cancellation of the Champions League final only being communicated yesterday.

In the same light, Italian authorities were also on the spot for their delay in declaring Corona as a national disaster, with Bergamo going into quarantine on 8th March, meaning that they were also to blame for not taking the matter seriously. As of Tuesday night, there were 6,728 confirmed cases in the province of Bergamo. 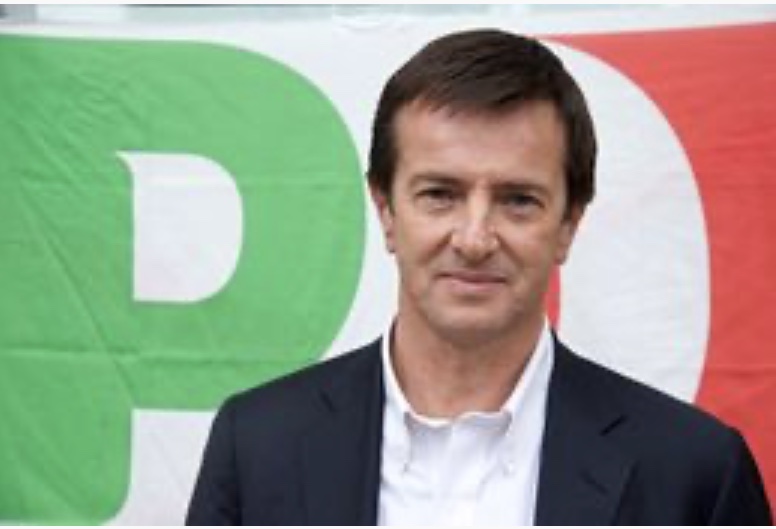 Valencia cited the over a third of their team’s positive status plus coaching staff, as directly linked to their participation in the Champions League tie. At the time, information from China about the spread of the virus was minimal due to the restrictive nature of media laws in the country, meaning other countries did not take the matter seriously.

US President Donald Trump has accused China of spreading the disease to the rest of the world, partly due to the media and information blockade which created a semblance of control and defeat of the virus. Many other countries thus assumed that China had it under control due to the silence from their media. It is only recently when they have started releasing images and videos claiming to have defeated the virus, claims which have yet to be verified.

Italy has turned to an unlikely source for help; communist Cuba.

Videos of Cuban health workers traveling and being warmly received in Italy have evoked discourse over the rampant racism in the country, as exhibited during football matches. “Did Italians shout their monkey chants on the black Cuban doctors upon their arrival?” asked an observer.

What has however emerged is the utter cluelessness of both official and sporting authorities in dealing with major issues, ranging from pandemics to racism. Football fans around the world have often implored on the Governments Italy and Spain, some of the epicentres of football racism in the world, to crack down on the vice, but both the State and Football authorities seem to silently incubate this behaviour.

Italians and to a larger extent Europeans cannot claim to fight the Corona virus, while at the same time silently entertaining racism.

This website FIFAColonialism.com was for instance, formed to highlight the massive inequalities and retrogressive interventions that the World Governing Body FIFA, is inflicting on smaller Confederations like CAF, CONCACAF, AFC and CONMEBOL. We have seen a very disturbingly racist approach in the way FIFA President Gianni Infantino (himself an Italian) handles continents like Africa, meddling with their management and only acting when it serves his interests.

It is the same case how the Italian FA, UEFA and FIFA allowed football matches to continue, thus inflicting a global pandemic on Europe, simply because they lack the willpower to do the right thing when it matters most.

Neither FIFA nor UEFA sent a fact finding mission to China to assess the possible consequences of a continuation of football activities, because for FIFA, they didn’t want to disrupt the Club World Cup and its Chinese benefactors, which is slated to be held in China next year. They didn’t bother providing periodical updates to the press, nor did they have technical and health facilities to monitor the pandemic and its broader impact.

Gianni Infantino only rushed last minute to donate $10million to the WHO, money which could have been used to boost FIFA’s internal capacity for an early warning system.

The most honourable thing to do right now for everyone at the Italian FA, UEFA and FIFA (not to mention the mayor of Bergamo) would be to resign, because their inertia and inability to act decisively has not only compromised the football industry, but has threatened the entire world.

FIFA CONTINUES TO BREAK ITS OWN RULES...