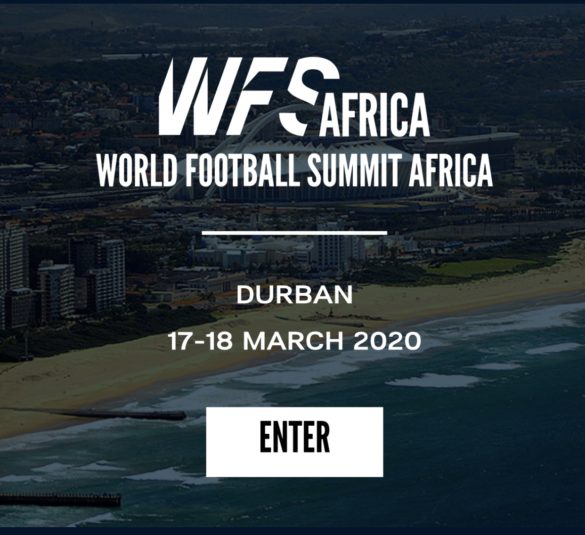 Following recent occurrences in the sports world leading to cancellation of major sporting events, the World Football Summit slated for Durban in South Africa between 17th and 18th of this month, is staring at a likely cancellation. This month’s edition was going to be the African chapter of the global event, which has four different dates and venues across 3 continents.

Among some of the participants at this event we La Liga, represented by its President Javier Tebas who is leading a strong delegation from Italy, the European epicentre of the Corona Virus. Most of the participants at this event hail from Europe and representing some of the hardest hit nations, including United Kingdom where just today, the Health Minister Nadine Dorries has tested positive for the Corona Virus. Even more of concern is that she had been in close proximity to the British Prime Minister Boris Johnson who in-turn was with the Royals at this week’s Commonwealth event.

Some of the high-profile speakers scheduled to speak at the World Football Summit in Durban.

Among confirmed speakers at the World Football Summit include FIFA Secretary General Fatma Samoura, who coincidentally just two weeks ago, wrote to members of the FIFA Council, cancelling the scheduled Council meeting which had been scheduled for Asuncion, Paraguay on 22nd March, citing the risk of exposure to the Corona Virus. The FIFA Council meeting will now be held via tele-conference.

South Africa has confirmed 7 cases, with all being returning tourists from Italy.

Already, leagues across the continent have taken the drastic measures of playing behind closed doors, beginning with Morocco last Friday and Algeria today. Many other nations in Africa have barred their sports teams and delegations from attending international events, in a bid to safeguard against the risk of exposure, beginning with the Kenya Government who issued a circular banning any travel by Sports Federations. 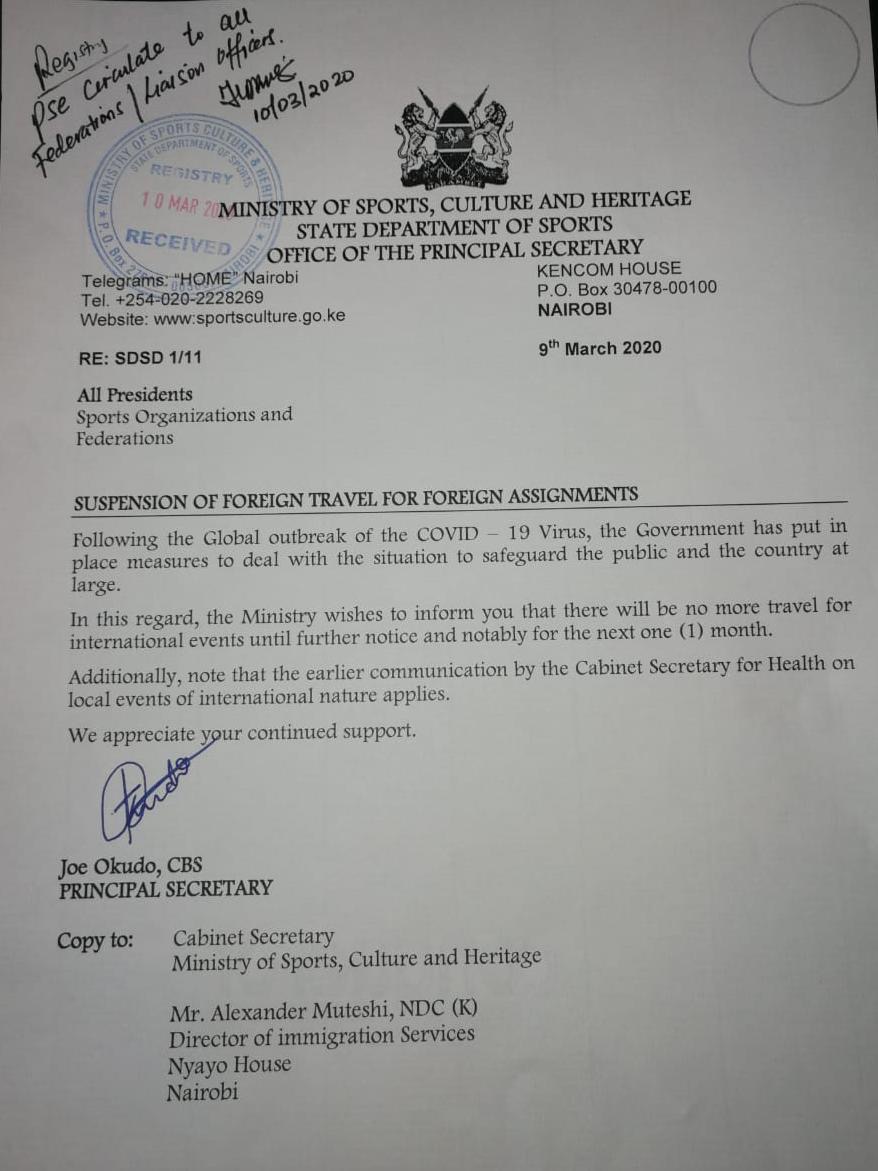 Letter from the Government of Kenya banning all international engagements by sports federations.

The Magical Kenya Golf Open tournament, part of the European PGA circuit was also cancelled by the East African nation.

The World Football Summit had assembled some of the leading brains in the world of football, including the head of Hip Hop mogul Jay Z-owned Roc Nation Sports Michael Yomark. The company recently signed Romelo Lukaku from flamboyant Italian agent Mino Raiola, and speculation is rife that they were targeting Paul Pogba’s signature. 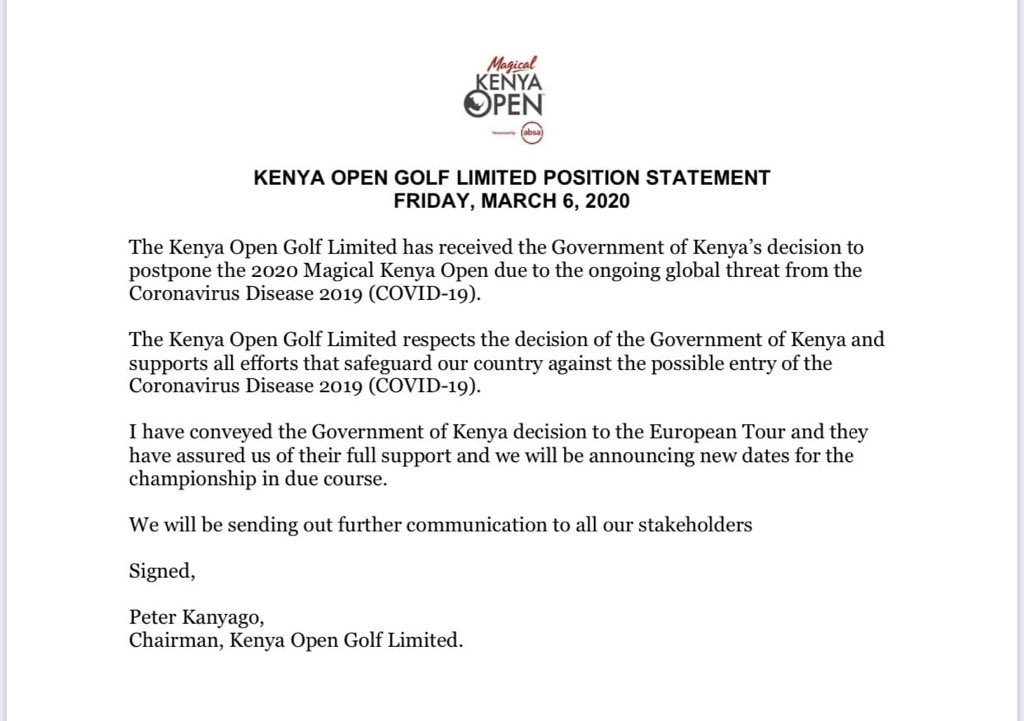 Press release from the Kenya Open organisers, cancelling the golf tournament in Kenya.

Meanwhile the Madagascar Government has also moved to ban all foreign participation in sporting activities until further notice. In a circular released a few moments ago, the Ministry of Sports acting under instruction from the President of the republic banned all sporting activities locally and foreign travel for all federations until further notice. 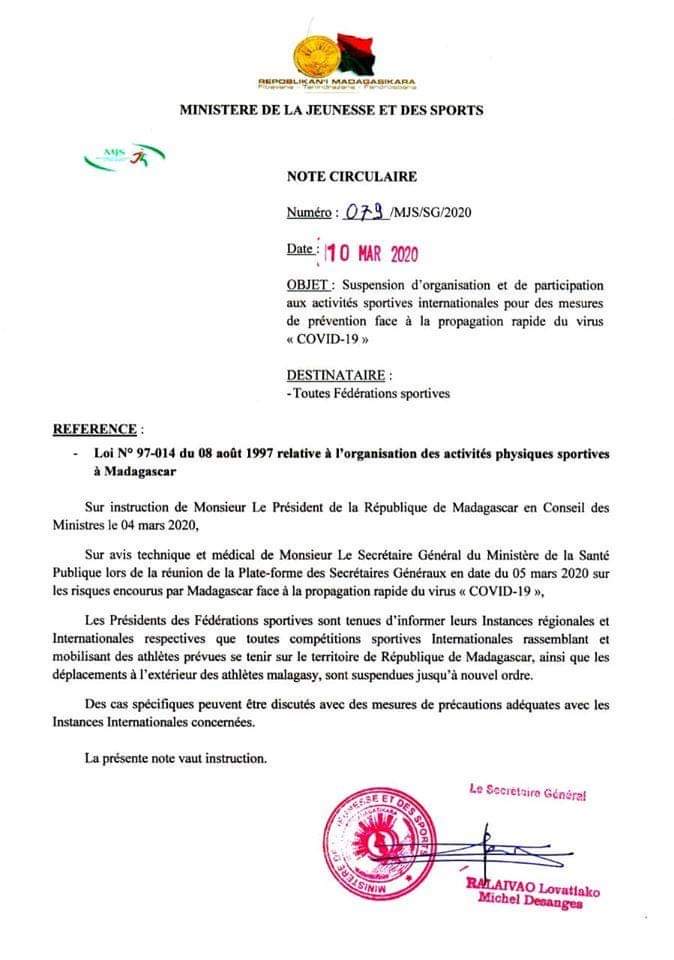 Instructions from Madagascar Sports Ministry to federations ordering them to halt domestic gatherings and foreign trips.

In Europe, the entire Arsenal squad has been quarantined following exposure to the dreaded Corona virus, forcing the cancellation of their EPL encounter on Wednesday with Manchester City. This comes after Olympiakos owner Evangelos Marinakis tested positive for Corona Virus, barely two weeks after the Greek club knocked out Arsenal from the Europa League at the Emirates Stadium in London.