written by onyii February 23, 2020
This article is also available in the following languages:
FacebookTwitterInstagramTelegramEmail

The World, and in particular African football is reeling in shock at the sudden demise of former CAF Secretary General, Amr Fahmy. 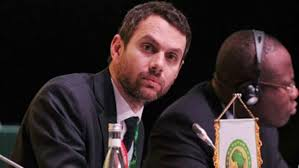 The Egyptian took over from his predecessor, Moroccan Hicham El Amrani, in 2018 to complete a family trio of grandfather-father-son who had become CAF Secretary General in the 63 year history of the organization.

The Fahmy family name has been synonymous with CAF since its inception in 1957 when Amr’s grandfather Mourad Fahmy took over as GS in 1961and held the position until 1982, a year preceding his untimely death in Abidjan in 1983 where he had gone to attend a meeting.

Mourad Fahmy had been a founding member of CAF in Kahrtoum in 1957, a former player for Egyptian giants Al Ahly and Minister for Agriculture for his country.

Amr’s own father Mustapha Fahmy then took over the role of GS for CAF from 1982 and held it all the way to 2010 (28 years) before retiring and paving way for Moroccan Hicham El Amrani.

Amr Fahmy then took over in 2017 following the resignation of Hicham El Amrani following the removal at the ballot of long-serving President Issa Hayatou from office in March 2017.

It is impossible not get the sense of despondency from reading all the tributes pouring in for Amr, we get the sense that the people of both Africa and the World really looked to him as a beacon of light and courage in the necessary war to rid African football of the dark stain in the name of current President Ahmad Ahmad.

Amr, 37, a passionate football lover and follower of Egyptian giants Al Ahly, took part in the FIFA Master program in Management, Law and Humanities of Sport, where he undertook courses on the campuses of the Universities of Neuchâtel in Switzerland, Bocconi in Italy and De Montfort in the United Kingdom.

He also served with France-based Lagardère Sports as Director of Operations for Africa, and also previously worked with the CAF Competitions Division between 2007 and 2015. Prior to his departure in August 2015, he was the Tournament Director for the flagship competition, Africa Cup of Nations.

In CAF he was acknowledged as an asset for his multi-lingualism in English, French and Arabic and the ability to tap into his father’s extensive 28-year experience in the same position for CAF.

Amr Fahmy will continue to remain in the hearts and minds of African football for his courage and decisiveness in forwarding an entire dossier to FIFA Ethics committee regarding the rot in administration of the organization. 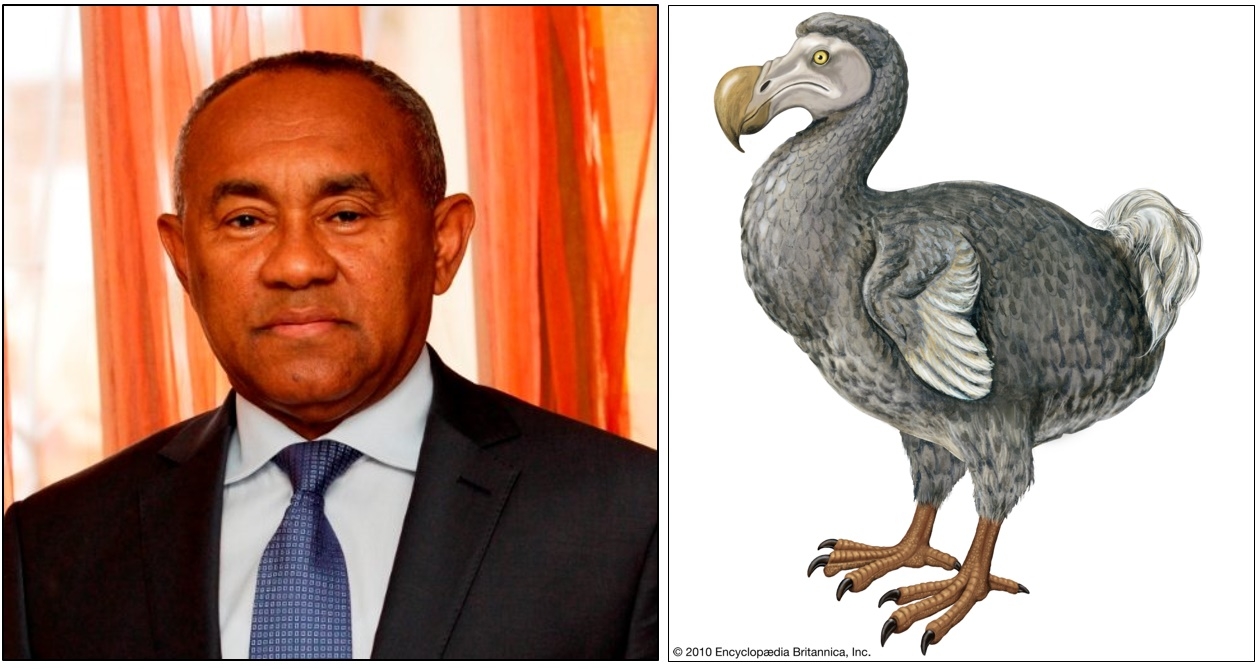 CAF President Ahmad: About to go the way of the Dodo

The FIFA Ethics committee continues to twiddle its thumbs indecisively about these allegations despite incontrovertible evidence adduced to it.

Amr will also be remembered for having the courage too to volunteer information on the financial dealings at CAF to the French police of the Central Office for Combating Corruption and Financial and Tax Crimes (OCLIFF), following the highly publicized and embarrassing arrest of CAF President Ahmad Ahmad last June in Paris.

The French police continue with their inquiries, having sent too their questions to FIFA for clarification. 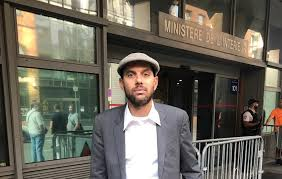 Amr at the French police to give evidence

Obviously, there was no love lost between CAF President Ahmad Ahmad and the Fahmy family, and he had these thoughtful words to say about Amr…

“I had no problem with the former secretary-general, but many in CAF did not like Fahmy. Personally, I wanted his father, Mustafa Fahmy, to be the secretary general, but he had worked a lot with Hayatou, and it was (therefore) impossible”.

Last December, Amr Najeeb Fahmy announced his intention to vie for the Presidency of the Confederation of African Football (CAF) upon the expiry of the term of current President, the Malagasy Ahmad Ahmad.

However, he had been battling medical condition that had him take a year-long sabbatical from CAF around ‪2017 -2018‬ and which we understand, may have ultimately caused his demise.

Beacons of light in Africa are so rare, so few and far in between that when one comes along, we can but only stare in wonderment. This is exactly what Amr Najeeb Fahmy was to many people in African football.

Our heartfelt prayers and best wishes go out to the entire Fahmy family during this trying times and may his light continue to illuminate African football in its very dark places, long after his departure.

“Death comes to all. But great achievements build a monument which shall endure until the sun grows cold. ” — George Fabricius

KALUSHA ATTEMPTS 2ND BITE AT FAZ DESPITE QUESTIONS ON HIS INTEGRITY

WHY INFANTINO HATES PLATINI AND THE MISUSE...