Top Posts
DID AMB. (DR) AMINA MOHAMMED GIVE WHISKY TO A RECOVERING ALCOHOLIC?
ISHA JOHANNSEN – A VIRUS THAT HAS NOW INFECTED THE FIFA COUNCIL
TIS THE SEASON: CAF ELECTIONS – LIFE AND DEATH BATTLES
WHO WILL MOVE THE VOTE OF CONFIDENCE IN INFANTINO AT THE SEPTEMBER 18TH FIFA CONGRESS?
BILITY’S PROPHECY: INFANTINO HAD NO INTENTION OF RESIGNING AFTER CRIMINAL INDICTMENT
BRING IT ON! INFANTINO DARES SPECIAL PROSECUTOR STEFAN KELLER TO ARREST HIM
SWISS JUSTICE WILL CRACK DOWN VICIOUSLY ON FIFA IF INFANTINO REFUSES TO RESIGN
CAF ELECTIONS 2021: A BURIAL CEREMONY OR WITNESS TO A RESURRECTION
BANANA REPUBLIC: SWISS CORRUPTION FIGHTING BACK WITH LEGAL TECHNICALITIES
EMILIO GARCIA SILVERO: MEET THE MAN SET TO DELIVER BRIBES TO SPECIAL PROSECUTOR STEFAN KELLER
Home News SWITZERLAND: PROCESS TO REMOVE GIANNI INFANTINO PROSECUTOR MICHAEL LAUBER BEGINS
News

written by admin April 29, 2020
This article is also available in the following languages:
FacebookTwitterInstagramTelegramEmail

The process to remove Michael Lauber, Switzerland’s top most prosecutor from office has been kicked off, following damning revelations that he held unauthorised meetings with FIFA President Gianni Infantino, and in the course of it, undermined legal proceedings thus bringing shame and disrepute to the country’s and the entire European judicial system.

National Councillor MP Matthias Aebischer (pictured) who also doubles up as the Vice President of the Judicial Commission of the Federal Chambers (parliament) of Switzerland was furious during a live interview on German radio SRF, and did not mince his words as he expressed his utter disgust at the turn of events. “It cannot go on like this,” he said. If the Judicial sub-committee does not open a formal dismissal procedure against (Michael) Lauber, I will personally file a formal request at the next plenary committee meeting, scheduled for May 13th” a visibly angry Matthias said.

The sub-committee will be meeting today (Wednesday 29th April) to deliberate this matter.

This follows a disciplinary investigation by the Prosector’s Supervisory Authority which concluded that Lauber had breached his duty of office and consistently lied about his underhand dealings with FIFA President Gianni Infantino.

The immediate resolution after the internal investigation was a soft reprimand of an 8% salary deduction but recent revelations have left Swiss Authorities exposed.

The removal of Michael Lauber from office would pave the way for Gianni Infantino’s exit from world governing body FIFA, where he has engaged in the most vicious, blatant and flagrant abuses of office, operating with the impunity of a war-criminal without any regard for justice or due process.

None other than his handling of African and Caribbean countries has exposed his inability to reason like a sane human being, where he has openly allowed corruption and fraud to manifest, just for his demented political expediency. In Africa, he has allowed Confederation of African Football (CAF) President Ahmad Ahmad to loot coffers to the tune of $24million, aided and abetted by fellow FIFA Council members Hany Abourida, Constant Omari, & Moroccans Fouzi Lekjaa plus Mouad Hajji.

Reports of Michael Lauber’s impending removal from office were received with praise & celebrations from various parts of the world, as the cases he was bribed by Gianni Infantino to bungle were of immense public interest and for the sake posterity.

As if to show the football world a middle finger, the FIFA President without any honour or shame, fanned rumours of CAF President Ahmad Ahmad’s intent to contest again as president of the discredited football body, further exposing Gianni Infantino’s retrogressive agenda for the world of football, just to secure votes for his narrow political agenda.

Just like he undermined the Swiss judicial system by compromising and bribing three prosecutors Michael Lauber, Rinaldo Arnold and Cedric Remund, Infantino has gone ahead to manipulate the FIFA Ethics Committee chaired jointly by Vassilios Skouris and his Colombian lover Claudia Maria Rojas aka Super Amiga, who have not done anything meaningful since their appointments in 2017. 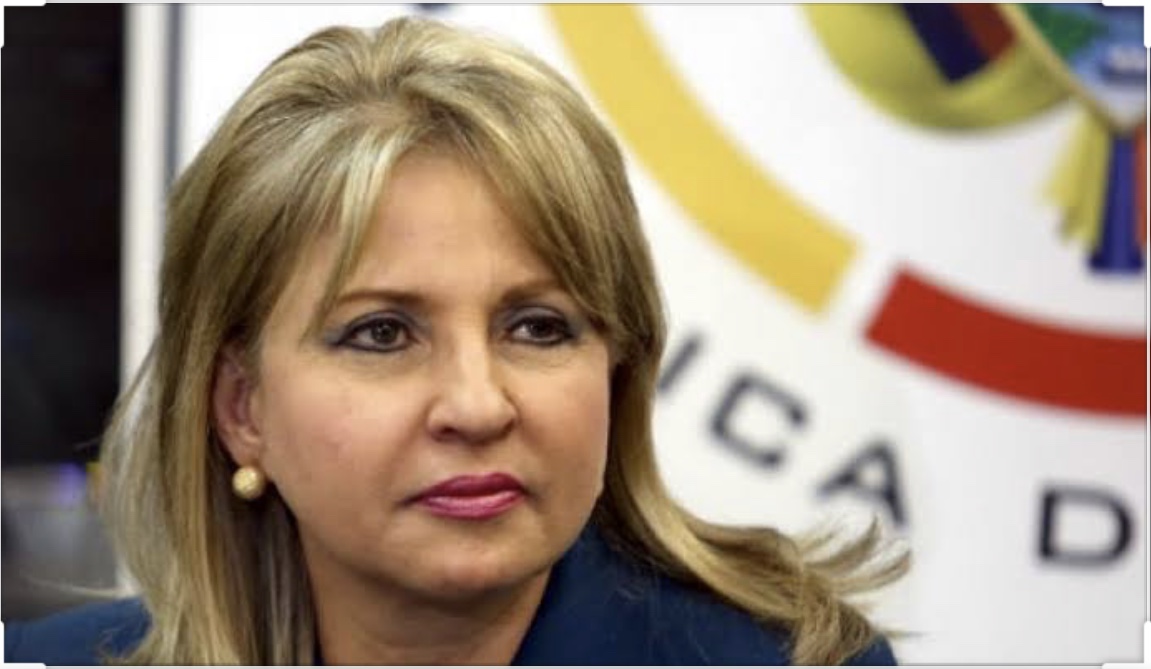 Other than selectively releasing rulings based on the political dynamics of the day, the Ethics Committee has just been a white elephant, at the disposal of criminal mastermind Gianni Infantino and his coterie of co-conspirators at the Swiss prosecutor’s office.

Tension has been mounting in the Swiss city of Zurich, as reality dawns on employees that Gianni Infantino’s days in the House of FIFA are numbered. Bahrain’s Sheikh Salman bin Ibrahim al Khalifa would automatically assume the position when it’s declared vacant.

Without any football background, a passion-less Gianni Infantino schemed his way into the presidency by conspiring with Michael Lauber, to selectively persecute his biggest threats Michel Platini and Sepp Blatter, using a stage-managed case to hound them out of office and clear the way for his election.

His reign of terror and impunity begun in 2016, with an unchallenged re-election last year for another four year tenure. It has been laced with infinite vanity semantics, with money becoming the primary narrative at every FIFA meeting. The priority of the organisation shifted from encouraging the pyramid structure of development and replaced with bragging about bursting financial reserves, which was music to the ears of delegates and journalists.

As fate would have it, both Michael Lauber and Gianni Infantino had their tenures renewed for four years by their respective electoral colleges in 2019 and barely a year later, they are both staring at the prospect of being forced out of office due to professional misconduct.

To help cement his criminal activities, Gianni Infantino roped in Senegalese Fatma Samoura and Congolese refugee Veron Mosengo-Omba, who have both wrecked havoc and undermined good governance in countries designated as targets by their patron. The trio from hell all hail from backgrounds unrelated to football, and beyond accumulating frequent flyer miles, they harbour no noble intentions for the industry at large.

Having such criminal minds using football for their own ends has come at huge expense, threatening the sustainability of the entire industry. Through their unmitigated greed and blind ambition, they proposed to alter competitions which have served the industry for decades, in a bid to appease their despotic benefactors hailing from oil-rich autocracies and oriental bat-eating novel virus creators.

Indeed, football stakeholders worldwide should not wait for Swiss authorities to interdict Michael Lauber but should kickstart a simultaneous process to censure Gianni Infantino over his gross crimes, which have surpassed the infringements which saw Blatter and Platini suspended from all footballing activity.

But with his lover Claudia Maria Rojas firmly implanted in the Ethics Committee, it is not expected that FIFA will walk take this moral position anytime soon.

FATMA SAMOURA: THE DEMONIC CONSTELLATION WHICH ILLUMINATED HER PATH TO FIFA