written by admin April 27, 2020
This article is also available in the following languages:
FacebookTwitterInstagramTelegramEmail 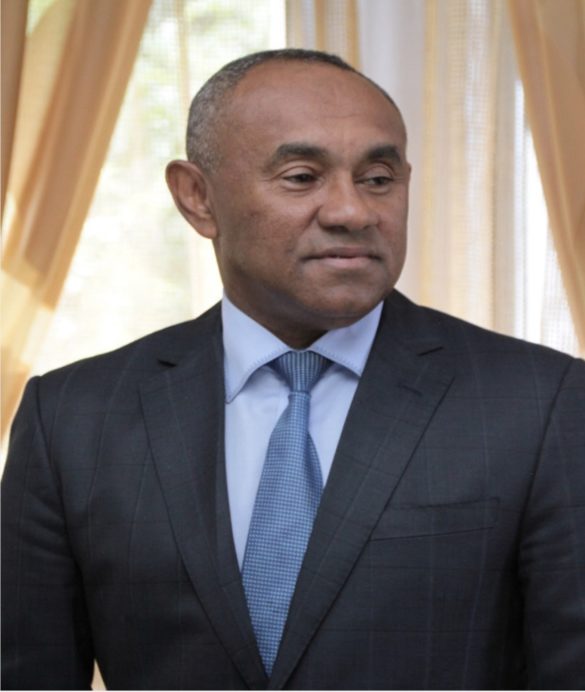 Despite being confronted with multiple legal and reputational challenges which have projected the Confederation of African Football (CAF) in the most negative of light, Malagasy Ahmad Darw Ahmad is poised to throw his hat in the ring, and vie for a second stint as President of the disgraced organisation.

According to Kawarji.com, Ahmad who is hoping for continued Gianni Infantino patronage, has more or less confirmed his interest in running again, even with confirmed interest from Moroccan Fouzi Lekjaa and Egyptian Hany Abourida. Coincidentally the trio have pending ethics-related questions to answer to, over their roles financial scandals which have plagued the confederation since Ahmad was elected as president in 2017.

Ahmad has been accused of corruption, money laundering and sexual harassment of female staffers and contractors, a charge that saw him arrested in Paris in June 2019,  but released following the intervention of Gianni Infantino.

As this news filters in, concerns have been raised over CAF’s impotence during the pandemic period where COVID-19 has rendered football activities discontinued. As other confederations embarked on policy interventions meant to cushion their clubs from adverse effects, CAF has been a sitting duck preferring to wait for handouts from FIFA.

European football confederation UEFA have conducted multiple meetings virtually, adjusting the regulatory framework to comply with challenges presented by COVID-19, yet CAF has not held a single meeting. The institution is now being run by acting Secretary General Abdel Bah whose only intervention so far is announcing postponement of matches.

CAF President Ahmad Ahmad is said to be in Madagascar where he has been in hiding following the explosive scandal where it was revealed that $24 million was missing from CAF coffers. His last public sighting was in Tanzania during the Dar Derby. The audit report resulted in the unceremonious resignation of Mouad Hajji, who is accused of being the enabler of fraud during the financial period in question.

As CAF President hides in Madagascar, the secretariat which mostly comprises of a mentally-impotent leadership, have not seized the moment to provide leadership to football authorities in Africa, leaving the continent exposed.

FIFA have taken advantage of this vacuum with the $500,000 emergency fund, drawn from existing FIFA Forward budgetary allocations, wired to each of the 54 nations, outside the framework of accountability, due to the emergency nature of COVID-19. The money is meant to be distributed to clubs and players, as survival money during these harsh economic times. 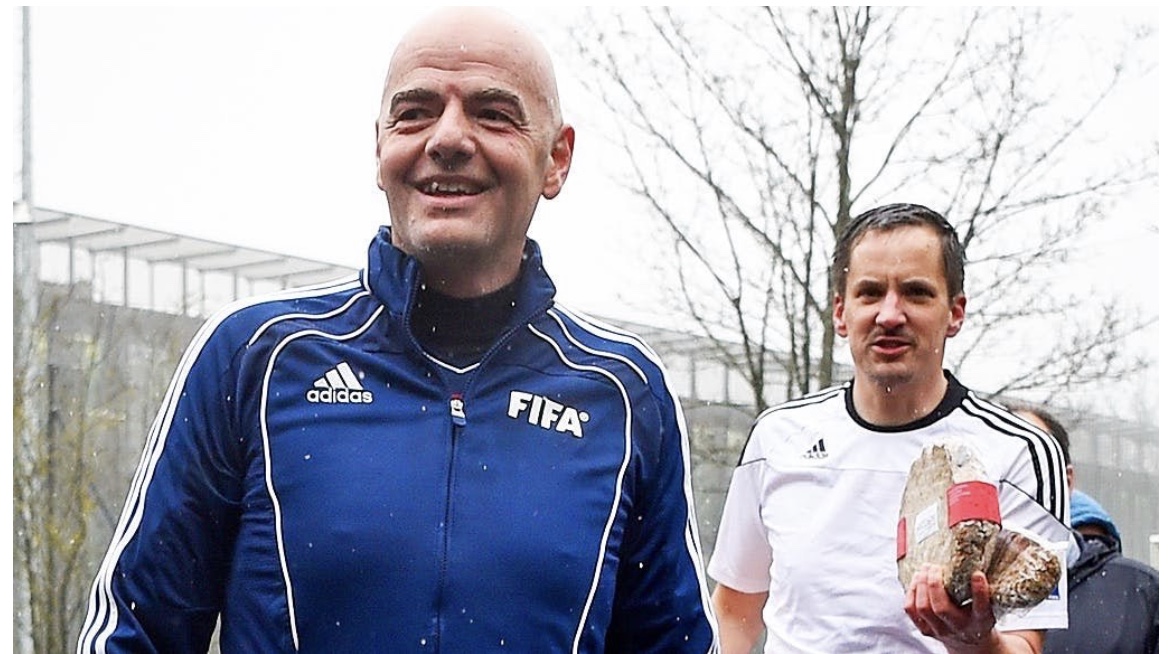 But concerns have been raised over their use, considering FA President’s penchant for stolen funds under the patronage of Gianni Infantino, himself accused of enabling corruption in the continent. Indeed, Infantino has been accused of attempting to extract political capital from this initiative, yet he donated $10million to WHO without any strings attached.

“To seek political leverage using money disbursed during a pandemic is the highest form of narcissism” noted many, drawing parallels between Gianni Infantino’s inherent character traits, to that of prolific war-criminals who project their sworn duty as philanthropic interventions.

It should be noted that FIFA is disbursing money, not from any special fund designed to mitigate against such unseen calamities, but money from already pre-approved development budgets. Due to lack of vision and foresight, nobody in FIFA had ever envisaged such a scenario unlike the All England Lawn Tennis Association who had invested in a $2million annual pandemic insurance for the last 17 years, and will now be paid a princely sum of $117million by their under-writers.

Such vision and foresight has been lacking at FIFA as officials crowd-sourced their time and energy to engage in corruption and theft of funds, despite their pompous grammar and semantics.

As the world waits in horror, for an official announcement as regards to Ahmad’s renewed bid for CAF Presidency in 2021, questions continue to arise over the ineffectiveness of the FIFA Ethics Committee, supposedly comprised of individuals of distinction in the previous legal careers, but who have been infected with incompetence-inducing strain of a virus, concurrent with Gianni Infantino’s wishes.

The Swiss-Italian criminal mastermind continues to be under scrutiny after it was revealed that he employed the wife of a Swiss Prosecutor Cedric Remund during his stint as UEFA Secretary General, in-exchange for halting a criminal probe into a dubious TV Rights sale which he oversaw. The lady in question was employed at the UEFA legal department.

Editors Note: Beginning this week, we will serialize an interview conducted with a former senior FIFA official, regarding the topics we have covered here, in a five-part series. Make sure you tune into this illuminating series, by registering on our mailing list, subscribing to our Telegram channel and following us on both Facebook/Twitter to stay updated.

This article is also available in the following languages:
FacebookTwitterInstagramTelegramEmail
0 comment 1 FacebookTwitterPinterestEmail