Top Posts
DID AMB. (DR) AMINA MOHAMMED GIVE WHISKY TO A RECOVERING ALCOHOLIC?
ISHA JOHANNSEN – A VIRUS THAT HAS NOW INFECTED THE FIFA COUNCIL
TIS THE SEASON: CAF ELECTIONS – LIFE AND DEATH BATTLES
WHO WILL MOVE THE VOTE OF CONFIDENCE IN INFANTINO AT THE SEPTEMBER 18TH FIFA CONGRESS?
BILITY’S PROPHECY: INFANTINO HAD NO INTENTION OF RESIGNING AFTER CRIMINAL INDICTMENT
BRING IT ON! INFANTINO DARES SPECIAL PROSECUTOR STEFAN KELLER TO ARREST HIM
SWISS JUSTICE WILL CRACK DOWN VICIOUSLY ON FIFA IF INFANTINO REFUSES TO RESIGN
CAF ELECTIONS 2021: A BURIAL CEREMONY OR WITNESS TO A RESURRECTION
BANANA REPUBLIC: SWISS CORRUPTION FIGHTING BACK WITH LEGAL TECHNICALITIES
EMILIO GARCIA SILVERO: MEET THE MAN SET TO DELIVER BRIBES TO SPECIAL PROSECUTOR STEFAN KELLER
Home News The Court of Arbitration in Sports will rule TODAY!
News

The Court of Arbitration in Sports will rule TODAY!

written by admin July 31, 2019
This article is also available in the following languages:
FacebookTwitterInstagramTelegramEmail 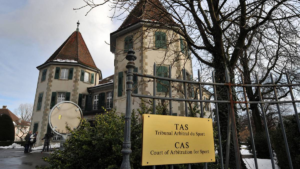 The home of the CAS in Lausanne, Switzerland where a landmark ruling on African football is expected today.

This highly anticipated ruling relates to an appeal filed by Wydad Casablanca (WAC) of Morocco to nullify 2 back-to-back CAF decisions with regard to the ill-fated and abortive CAF Champions League 2nd leg final held in Tunis on 31st May 2019. 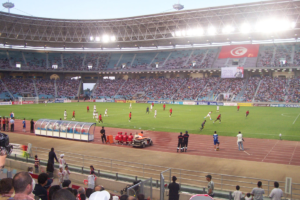 The first decision was taken during the aforementioned final match, where the referee, Gambian Bakary Papa Gassama awarded the match to EST after the players and technical bench of WAC abandoned the match in the 60thminute, citing a disallowed goal and the absence of VAR technology to verify their assertion. 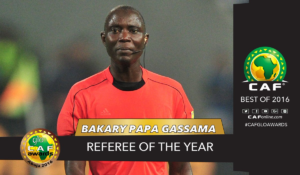 After causing a stand-off on the field for an indefinite period, and despite the good faith intervention of CAF President Ahmad Ahmad, WAC refused to take the field, thereby leaving the referee and match organisers no option. 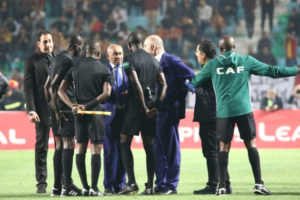 CAF President Ahmad Ahmad attempts an intervention to get the match to continue, after WAC players abandoned the match

Predictably, EST were presented the winners medals and the Championship trophy whose handing over was done by Prime Minister Youssef Chahed flanked by Ahmad Ahmad. 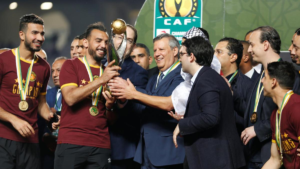 At the instigation of Morocco FA President and current 2nd CAF Vice-President Fouzi Lekjaa, the CAF Executive committee (EXCO) seized of this matter in its meeting of 5th June 2019, where (supposedly) a unanimous decision was arrived at to have the match replayed at a neutral venue, after the conclusion of the Africa Cup of Nations on 19th July 2019. 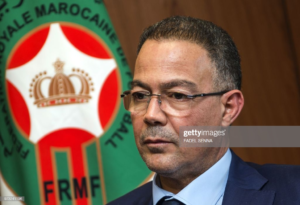 CAF 2nd VP and Morocco FA President Fouzi Lekjaa who compelled the issue of the abortive match in Rades be brought to EXCO. He did not like the outcome.

The EXCO decision ordered EST to hand back all the individual winners’ medals and the Championship Trophy to the CAF secretariat.

Apparently there is no winning with these guys, because now WAC and Morocco FA President Lekjaa have asked CAS to rescind the two decisions, declare WAC the legitimate winners, and order CAF to issue the club with winners’ medals, Championship Trophy and the winners’ cash prize money of $2,500,000.

In an interview with www.insideworldfootball.comthe normally diminutive CAF President stated his readiness to defend the CAF EXCO decision at CAS and that this decision was based on the fact that “the conditions of game and safety were not met during the 2nd leg…thereby preventing the game from coming to an end”

Thankfully, we expect that the partisanship exhibited by members of the CAF EXCO will cease being a factor when CAS makes its ruling on 31stJuly 2019.

Already the hearing has taken place with representatives from both parties present at CAS in what is turning out to be the biggest sideshow in the history of this tournament.

Everywhere we look, the rules appear to steadfastly disallow the abandonment of matches for non-emergency reasons.

“If a club refuses to play or leaves the ground before the regular end of the match without the permission of the referee, it shall be considered loser and shall be eliminated from the competition.”

The International Football Association Board, the guardians of the laws of the game states;

A match is not invalidated because of;

— Malfunction of the VAR Technology

— Decision not to review an incident

— Review of a non-reviewable situation/decision

The company contracted by CAF to deliver the VAR technology (HAWK-EYE) issued a statement shouldering the blame for the unavailability of VAR at the Champions League final. They instead pointed to an unnamed 3rd party who made the initial blunder before this was compounded by a  baggage handling error by commercial airline EMIRATES. 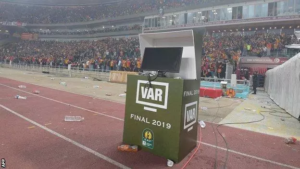 CAF immediately took measures to replace Hawk-eye with another approved VAR provider for the AFCON that took place later in the month of June.

Regardless the justification and moral indignation of WAC at the disallowed goal and the absence of VAR technology to authenticate their claims, the decision to abandon the match was self-defeating and exhibited a lack of footballing maturity in the African game.

With footballers being role models for millions of youngsters all across the continent, the defeatist attitude of walking off the pitch signaled to these youngsters that whenever a temporary situation seems insurmountable, that it is alright to give up. 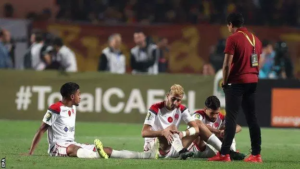 Shameful scenes as WAC players refused to take the field to continue the match, until and unless they were awarded the disallowed goal. (Picture courtesy AIPS)

Obviously this unprecedented incident has caused quick introspection from within CAF, and consequently a decision was reached at the CAF General Assembly of 18th July 2019, that future Champions league finals will be played on one-leg basis at a neutral venue.

Previously the Champions league finals have been played on a home & away basis, and we can only wait to see how this decision pans out in terms of fan numbers and hosting acceptability especially where fans are not emotionally invested in the match. 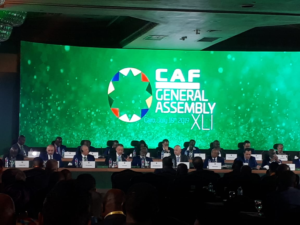 The CAF Gneral Assembly, easily distracted into making resolutions that are best suited to middle-tier employees of CAF.

However, as the saying goes, even a broken clock is right twice a day and the decision may just confound critics and be the panacea for the dwindling fortunes of this elite African competition.

Did the fiasco in Rades occasion the decision to remove Tunisian CAF EXCO member Tarek Bouchamoui from the Chairmanship of the Inter-club competitions committee where he was replaced by Congolese Constant Omari? 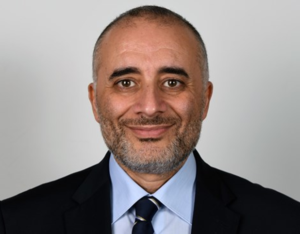 Moroccan media has liberally spread the notion that the absence of VAR technology at the Stade Olympique in Rades was engineered by the Tunisians to give them an edge in that fateful 2nd leg.

Would this also imply that the match referee Bakary Gassama was compromised in the process?

Clearly, the Moroccans have no qualms throwing the baby out with the bath water!

CAF has needlessly placed African football at a crossroads , which could have been avoided had they simply stuck religiously to their laid down rules, and not try to panel-beat them using the supreme authority of the EXCO.

Evidently too, the CAF EXCO comes across as being technically deficient and rudderless in the face of the evolution of the African game, by accepting to listen to this matter in the first place, and arriving at a decision that is at odds with its own rules.

Nothing underscores this deficiency better than the fact that the CAF EXCO comprises 22 members who oversee the affairs of the 54 voting members of CAF. Even global conglomerates like Alibaba, Google et al each have less than 10 executive members of the board yet turnover billions of dollars annually.

Uninspiring: Group photo of CAF EXCO yet the organisation continues with its underwhelming performance and recurrent scandals.

This influx of these busybodies in the top management organ of CAF means that they end up micromanaging the affairs of the organization, elbowing out qualified technocrats and insinuating themselves in affairs that are not in their competence.

Just last week, CAF President Ahmad was quoted saying that “he lacks the competence to run an organization as complex as CAF”, and thus the decision to ask FIFA to wade into the quagmire he has created, in what can only be a “hostile takeover.”

CAF EXCO meeting; Too many cooks spoil the broth!

Even the most debilitating illnesses are first noticed by their symptoms, and CAF is currently having a breakout of serious symptoms of its weak governance.

Right now though, we hope that CAS will restore order and bring a semblance of balance to the World of African football.

#FIFACOLONIALISM : We Present To You Gianni Infantino’s Grand March To Absolute Power & Grand Riches Through Africa