Top Posts
DID AMB. (DR) AMINA MOHAMMED GIVE WHISKY TO A RECOVERING ALCOHOLIC?
ISHA JOHANNSEN – A VIRUS THAT HAS NOW INFECTED THE FIFA COUNCIL
TIS THE SEASON: CAF ELECTIONS – LIFE AND DEATH BATTLES
WHO WILL MOVE THE VOTE OF CONFIDENCE IN INFANTINO AT THE SEPTEMBER 18TH FIFA CONGRESS?
BILITY’S PROPHECY: INFANTINO HAD NO INTENTION OF RESIGNING AFTER CRIMINAL INDICTMENT
BRING IT ON! INFANTINO DARES SPECIAL PROSECUTOR STEFAN KELLER TO ARREST HIM
SWISS JUSTICE WILL CRACK DOWN VICIOUSLY ON FIFA IF INFANTINO REFUSES TO RESIGN
CAF ELECTIONS 2021: A BURIAL CEREMONY OR WITNESS TO A RESURRECTION
BANANA REPUBLIC: SWISS CORRUPTION FIGHTING BACK WITH LEGAL TECHNICALITIES
EMILIO GARCIA SILVERO: MEET THE MAN SET TO DELIVER BRIBES TO SPECIAL PROSECUTOR STEFAN KELLER
Home Featured SWISS PROSECUTOR WHOSE WIFE IS A UEFA EMPLOYEE – NOOSE TIGHTENS AROUND INFANTINO’S NECK
Featured

written by admin April 19, 2020
This article is also available in the following languages:
FacebookTwitterInstagramTelegramEmail

Every time the Confederation for African Football (CAF) top officials hear successive confirmations of Gianni Infantino’s corruption and indiscretions, they probably think of him as a kindred spirit.

These officials, President Ahmad Ahmad, 1st VP Constant Omari, 2nd VP Fouzi Lekjaa and a smattering of a few other select officials have been allowed by FIFA President Infantino, to smash into CAF bank accounts and loot the funds therein, with reckless abandon.

The quartet from hell: Ahmad, Omari, Lekjaa and Mouad Hajji (now on the run).

This thuggery has been confirmed by a 2019 independent audit carried out by the Swiss office of global audit firm PWC, commissioned by the selfsame FIFA, and whose theory had been physically confirmed by the June 2019 arrest of CAF supremo Ahmad Ahmad from the ritzy Hôtel de Berri in Paris, for questioning by the French police of the Central Office for the Fight against Corruption and Financial and Fiscal Crimes (OCLCIFF).

According to Suddeutsche Zeitung, one of the largest German Daily newspapers, it is becoming virtually impossible to mask the stench of impropriety, revolving around the dealings between FIFA (led by its President Infantino) and several key people in the Swiss Federal Prosecutors office in Bern (BA).

In 2019, the Swiss Federal Courts forced the BA boss, Michael Lauber and two of his juniors, to recuse themselves from at least two dozen football investigations and prosecutions, related to World Football Governing Body – FIFA. 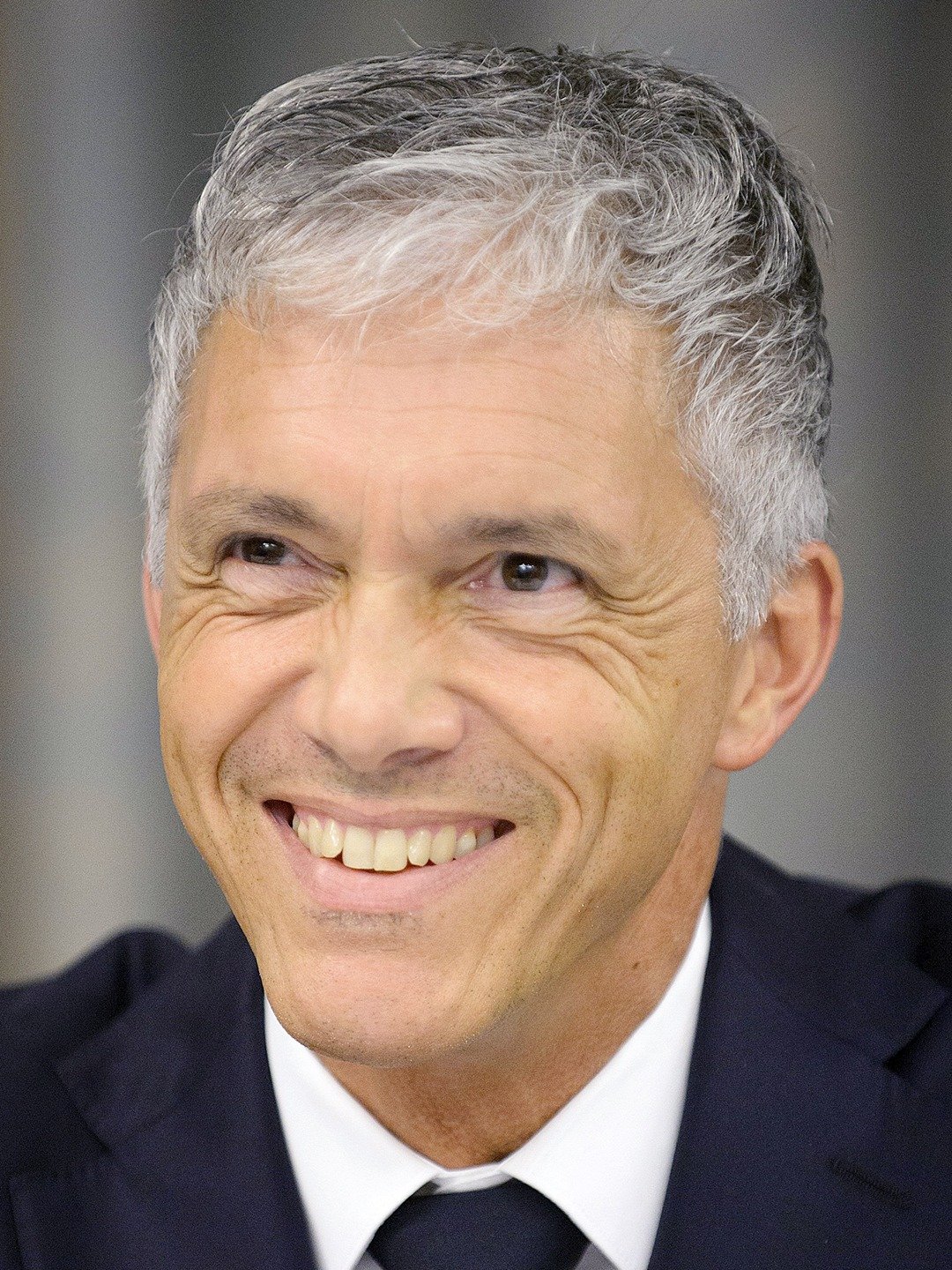 This followed applications by counsel for the accused to the courts, citing the impropriety and conflict of interest, when it was discovered that the BA boss Lauber, and FIFA boss Infantino had at least 2 undocumented and unprocedural private meetings.s

One of the cases that were under review by the BA (under whose jurisdiction FIFA falls) was one regarding a bribe of €6.7million that was paid to FIFA in 2005, ostensibly to pad pockets in appreciation for being granted the hosting rights to the 2006 FIFA World Cup.

The loan was supposedly advanced to the German FA (DFB) by former CEO of German sportswear manufacturer Adidas, Robert Louis-Dreyfus, who died in 2009.

Whilst the COVID-19 pandemic has played a crucial role in it, the cases related to this bribery allegations will automatically expire on 27th April 2020, unheard. The first hearing was scheduled for hearing on 20th April 2020 at the Swiss Federal Court in Bellinzona, but apparently the elderly co-accused persons are legitimately considered to be in the COVID-19 high risk group and thus kept away from such proceedings.

The 2nd, more sinister reason for the likely termination of the cases appears to be the internal sabotage from within the BA, which has ensured that critical evidence does not reach the courts within the stipulated legal time, and which will eventually be declared time-barred.

Last month, the judicial supervisory body (AB-BA) submitted a disciplinary report, in which Laubers’ wages are reduced by eight percent -the highest sanction by Swiss law and while he has appealed against this the higher Federal court found bias in Lauber’s actions and therefore kicked him out permanently from the investigation into FIFA cases.

With the anticipated collapse of the FIFA corruption cases in coming weeks, the BA faces civil cases brought up against it by the former accused persons, likely for wrongful arrest and prosecution, and other claims which might just cost the Swiss taxpayer a substantial amount of money for negligence on Lauber’s part.

Where does Gianni Infantino feature in all this, you may be wondering?

Well, on June 16, 2017 in meeting room 3 of the Nobelhotel Schweizerhof in Bern, Michael Lauber and Gianni Infantino met accompanied by two associates, namely the BA spokesman André Marty and Rinaldo Arnold, a former schoolmate of Infantino and himself a Valais chief prosecutor, and who had brokered the meeting between FIFA boss and BA boss.

Two things about this meeting stand out;

One, that the quartet of Infantino, Lauber, Marty and Arnold all feigned forgetfulness at being at this particular meeting, when questioned about it later, making this one of the most forgettable places in Switzerland.

Secret meetings: Infantino, Lauber, Arnold and Marty. Who was the fifth?

However, it is hard to refute meetings when evidence has surfaced of communications between the parties on June 16, 2017 – back when Arnold texted the BA spokesman Marty via SMS: “Hello André. Gianni’s train is late. We’ll be there a few minutes later. See you soon”

The second most damning piece of evidence and fodder for speculation is that there appears to have been five (5) people at this meeting, and not the four (4) that had been reported earlier.

The investigation into Lauber by the judicial investigatory body AB-BA, and which did an in-depth analysis of Lauber’s calendar found an entry for the exact date and time of the clandestine meeting which seemed to include the then head of white collar crimes at the BA, Olivier Thormann.

Scrutiny by the AB-BA shows also that the BA paid for the meal at the Nobelhotel Schweizerhof, and the bill clearly indicates five (5) and not four (4) meals were served by the hotel.

When, after 9 months, Thormann was able to present evidence of his being away on holiday at the time of this meeting, a reading of the highly redacted report of the AB-BA seems to point to the presence of someone who should definitely NEVER have been in the meeting in the first place. 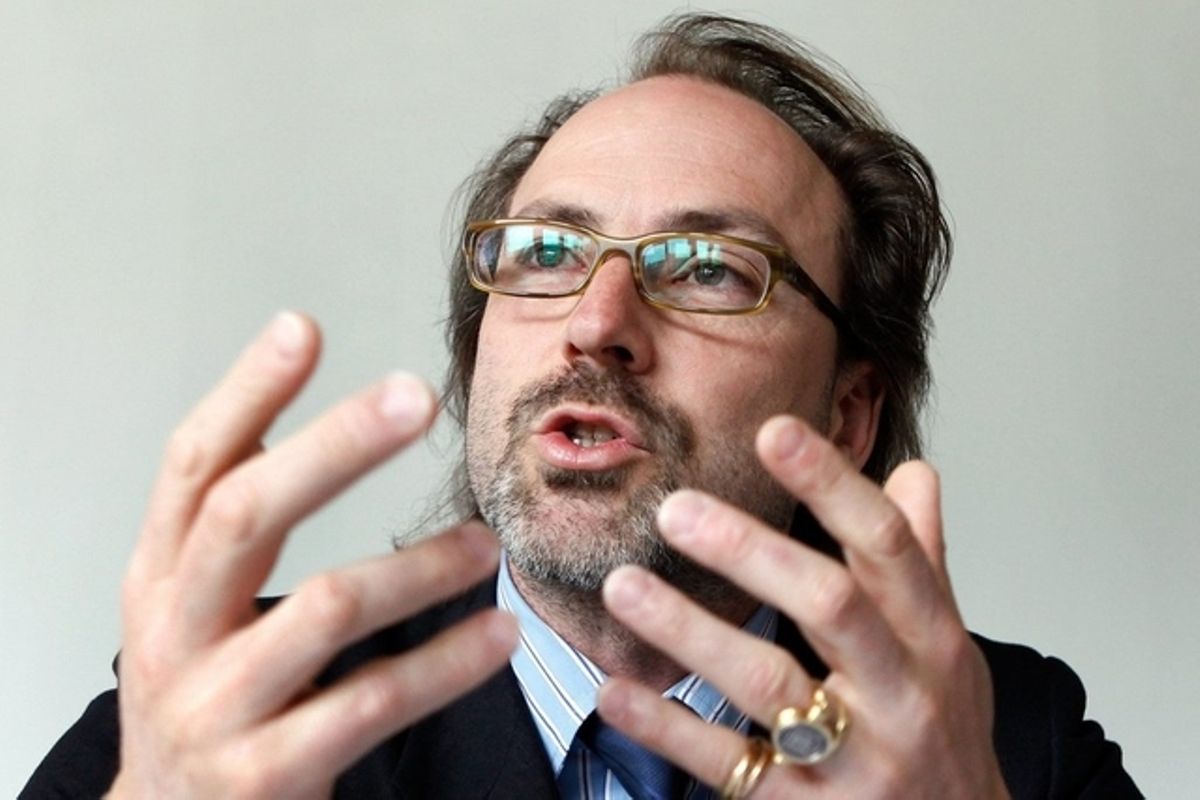 So who was the mysterious 5th guest at the meeting and why is everybody else quite willing to mislead the investigators about his presence there?

Swiss judicial investigatory body AB-BA has found that Lauber, who managed to secure a 4-year extension of his tenure through the Swiss Parliament political system, went out of his way to impede their investigations, by compelling those working under him to give standard responses to direct questions.

Anyone can see the obvious conflict of interest here, to have the orchestra conductor remain in-charge when investigations continue about his conduct of affairs.

All evidence now points to the presence of one Cédric Remund, 38, a young public prosecutor in the BA who has in the recent past led many of these football-related prosecutions. In particular, he has been at the helm of two high-profile investigations, including the soon-to-be-acquitted FIFA bribery case for the World Cup 2006 and another incredulously delicate investigation, which revolved around a dirt-cheap TV rights sale by the European Confederation UEFA to two Argentine shadowy rights dealers and later to dubious figures who are also accused in the criminal proceedings of the US Department of Justice. 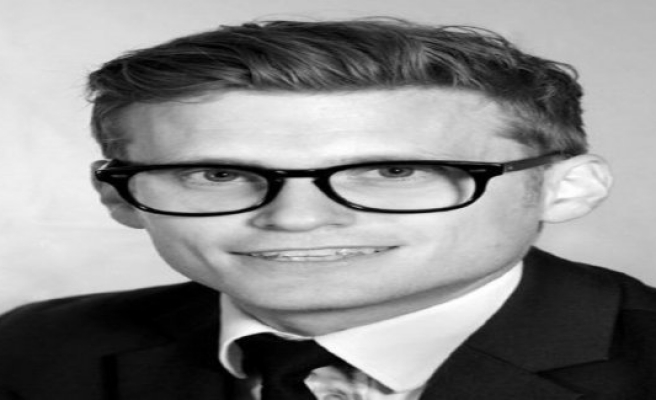 The UEFA director who signed off on the suspicious contract at the time was none other Gianni Infantino!

By April 2016 the BA had opened investigations into the UEFA office of SG (only just recently vacated by Infantino) and opened criminal prosecutions, but quite bizarrely, they left the space for criminal indictee blank!

A year later, while the investigations and prosecution of this case was on-going, the head of the prosecution and investigation agency (BA) Michael Lauber and FIFA boss (former UEFA SG) Gianni Infantino held a highly irregular and improper meeting.

Also strangely, unlike Thormann who actually presented the plane tickets to prove he was away or his Deputy Markus Nyffenegger who categorically denied any involvement in this sordid round of meetings, Remund has done neither, choosing instead to hide behind the official refrain from the BA that “the BA does not participate in media speculation. Rather, the BA refers to its previous statements.”

The picture painted by European news media of the BA handling of the football-related cases, is one of amateurism and unprofessionalism, when juxtaposed against Lauber’s sensational assertions after the 2015 FIFA-gate arrests.

Granted, that the department that dealt with football was staffed with much younger (and therefore inexperienced) prosecutors like Remund or a certain 33-year old gentleman who was handling the 2006 FIFA World Cup bribery cases.

Speculation is rife that this younger gentleman may have assisted Remund with the UEFA TV rights investigation, despite the fact that his wife has been an employee of the UEFA legal department since 2014.

European news media wonders sarcastically whether ‘the couple has never met even once during the BA investigation since April 2016 when it commenced? Obviously referring the obvious conflict of interest in this case.

The real earthquake in all of this, is the possibility that Lauber and Infantino may have begun their association much earlier, and that the former may have had a hand in the installation of Infantino on the throne of FIFA. 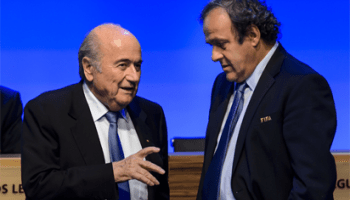 Blatter and Platini: Did Swiss BA use prosecutions to clear the way for Infantino?

Here is a very plausible theory, Blatter was the FIFA boss while Michel Platini was the UEFA boss and apparently, FIFA President designate.

What if at the time of the FIFA-gate investigations, with Infantino now eyeing the FIFA Presidency, he sent his friend Arnold to speak with Lauber, to find out if the BA was also investigating both Blatter and Platini.

Suddenly and seemingly out of thin air, an anonymous whistleblower reported a $2 million Blatter payment to Platini to the BA. The BA opened a prosecution faster than any seen it in all other cases, and in record time, Blatter and Platini were suspended from all football activities.

Infantino, then a member of the FIFA reform committee, swooped in and offered himself to stand in for his former UEFA boss and Blatter, as FIFA President while their cases went through appeals that gradually reduced them exponentially.

Today, no one speaks about these cases because in real fact, they had served their purpose of removing the strongest contenders from the ballot, all but allowing Infantino automatic ascension.

Two things are very clear, one that Infantino now has Lauber and his career, by the balls as long as he continues feigning amnesia for the secret meetings, over which Lauber was sanctioned.

A single confirmation by FIFA of the meetings would automatically force Lauber to cede his judicial position and likely face further sanction according to Swiss law.

Two, that even though Infantino cannot effectively run an organization as complex as FIFA, as he has demonstrated time and time again, he is not a dumb as he looks.

[…] we reported and predicted earlier in our article https://fifacolonialism.com/swiss-prosecutor-whose-wife-is-a-uefa-employee-noose-tightens-around&#8230; the Swiss Justice System last Monday, knocked out the criminal corruption case against former […]

INFANTINO & AHMAD: IS THE BROMANCE FINALLY...