ALMAMY KABELE CAMARA: WILL GUINEA SIDE WITH FIFA IMPERIALISM IN AFRICA?

written by onyii January 15, 2020
This article is also available in the following languages:
FacebookTwitterInstagramTelegramEmail 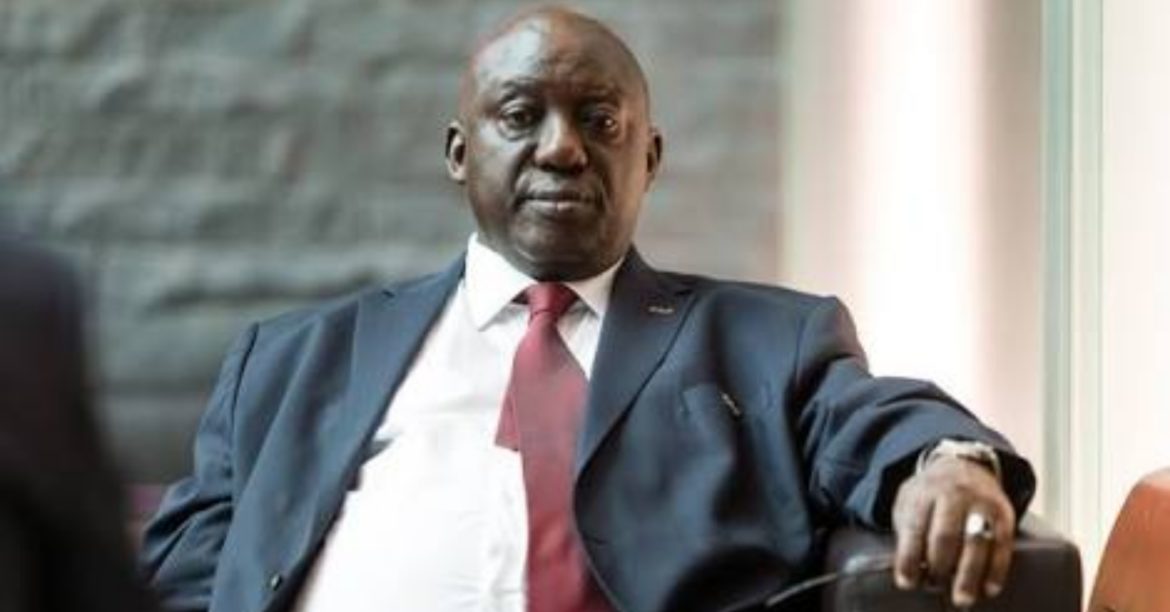 When the story of former CAF President Issa Hayatou and his 28-year reign on African football is finally written, a full chapter will be dedicated to Guinean Almamy Kabele Camara, who served Hayatou diligently both personally and also as CAF 1st Vice-President. 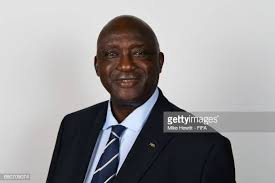 Kabele was also elected to the FIFA Council in 2016 on a vote based on the colonial languages of Africa, which in his case is French.

He represents the original gate-keepers of Issa Hayatou who held the keys to the castle, every single decision had to be vetted and approved by him before being considered by Hayatou.

Back then, Almamy Kabele, Constant Omari (Congo DRC) and Mohammed Rouaroua (Algeria) were the main gate-keepers of the Hayatou presidency. Kabele was so close to Hayatou that he would check himself into hospital whenever the former CAF President was going for routine check-ups or was admitted.

Such was the level of sycophancy exhibited by Kabele, but it was only for self serving purposes because he no longer identifies with his former mentor, nor does he champion his ideals. Instead, greed and thirst for money and power consumed him, and he now finds himself chasing handouts from Ahmad Ahmad and Fouzi Lekjaa.

This was how his own country Guinea managed to secure a hosting slot for the African Cup of Nations (AFCON) in one of Hayatou’s last acts of blatant impunity. 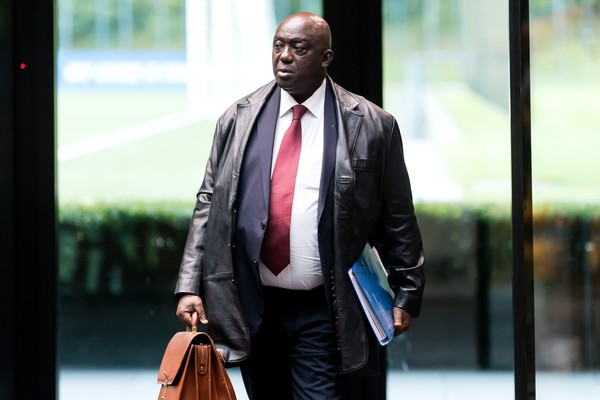 Kabele: Micromanaged Hayatou and always had his way

The decision was made despite none of the 3 host nations having exhibited the capacity to host such an event in terms of physical infrastructure, but the hosting rights were granted on the expectation (and hope) the their respective Governments would accelerate the programs for the construction  of these stadia, hotels, roads and airports in readiness of this continental event.

At the time of the 2014 vote to award the hosting rights to the AFCON, the norm was that hosting grants would be awarded to 2 countries at a time.

However, it is rumored that Kabele used his immense clout and closeness to Hayatou to cajole, blackmail and railroad Hayatou into accepting an unprocedural 3rd grant of hosting rights to Guinea for the 2023 AFCON.

Forget for a minute that Guinea was always going to struggle even with the smaller 16-team AFCON given the fact that the country has almost no critical infrastructure, the later decision to expand AFCON to 24 teams would probably weigh heavily on the capabilities of the country or simply make the competition fall way below bare minimums of expectations.

For instance, Guinea currently seems to have only 2 standard stadiums, namely the 25,000 seater, 28th September Stadium in Conakry, while the other is the recently opened (and probably soon to be renamed) Nongo Stadium that was completed 8 years ago but had been sitting unused in that time, until the 2019 WAFU competitions in November.

The September 28th Stadium is so named in remembrance of the close to 200 shot dead or  trampled to death after Guinean military opened fire on protesters on that date in 2009. To date, this remains a crime that is within the ambit of the International Criminal Court. 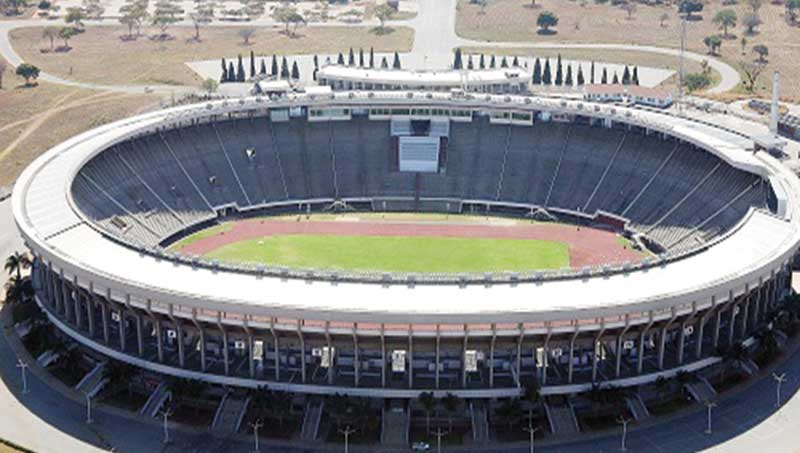 Nongo Stadium, Conakry: Gift from the Peoples Republic of China

The construction of the 2nd stadium by the Chinese represented their infamous “Stadium Diplomacy” a cultural diplomacy practiced by the People’s Republic of China through building and donating stadiums and sports facilities in Africa, Asia, Latin America, the Caribbean and the South Pacific. China uses this form of soft power to secure diplomatic recognition in line with the One-China policy and to secure natural resources.

With CAF having taken the decision to push the hosting of the AFCONs further down the line, and with the Guinea hosting now expected in 2025, the Guineans have now turned back to the Chinese for construction of 3 more similar stadium.

Apparently, Kabele has been in Guinean football for close to 35 years having served as VP of the Guinean Football Federation (FGF) as Vice-President for the duration 1986 -1994.

Things in Guinea were probably in utter chaos, forcing the formation by CAF and FIFA, a normalization committee that was installed in 2016, and which brought back league football, amended the FGF statutes and called elections in 2017 which were duly won by Mamadou Antonio Souare, who was fronted by giant club Horoya SC.

When it comes to power and self-preservation, Almamy Kabele is a master of survival. He together with Mohammed Rouaroua and Constant Omari engineered the infamous vote held in Mahe Seychelles, which sought to impose Dr. Issa Hayatou as the president of CAF for life in September 2012.

The trio wittingly convinced Hayatou on the need for an extraordinary General Assembly, and the primary objective was to pass the resolution which would bar anyone else except members of the CAF ExCo, from eligibility to vie for the CAF Presidency.

With that vote passed unanimously, Hayatou entered into a comfort zone, and was unable to adapt to the winds of change which were blowing across the continent. The misguided trio of Omari, Rouaroua and Kabele misled him into believing in his own invincibility and blocked anyone trying to access him with contrary information.

Now the duo of Kabele and Omari have since switched, and are now Fatma Samoura’s loudest praise-singers, all to the detriment of African football.

The question therefore remains, would Almamy Kabele Camara cast his vote in support of the continued colonialization of CAF by FIFA? 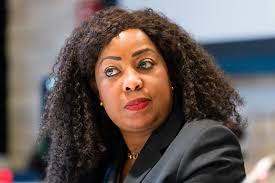 Fatma Samoura: She has got to go!

Sadly, despite being a member of the FIFA Council, he did not raise his voice when the proposal for a hostile takeover of CAF was tabled by Infantino. In fact, the African cohort was silent as this decision was being taken, and ironically, only the European Confederation through its President Aleksandr Ceferin raised an objection to this lunacy.

Secondly, Kabele has no FA seat on which to fall back on and therefore remains afloat in both CAF and FIFA at the pleasure of the respective Presidents. He remembers well just how quickly he was evicted from his high perch by the new Ahmad kakistocracy in 2017, immediately his benefactor and liege Issa Hayatou was unceremoniously shown the door.

He has watched the bromance between Infatino and Ahmad wreak havoc all over the continent, and seen the voting patterns altered indelibly by the power of the brown envelope. He watched silently as his colleague on the CAF Exco and SAFA President Danny Jordaan was pounded into submission, a man who claims to have fought apartheid turned tail and ran back to Ahmad whimpering.

Infact without any honor or shame, Kabele has now firmly perched himself in the inner circle of CAF President Ahmad Ahmad, where he has elevated himself from intentional isolation, back into relevance and the football gravy-train which highly favors ideological orphans like himself’

Kabele is too wise to rock the boat in the way that Liberian Musa Hassan Bility did and for his independent streak, was walloped over the head with a 10-year FIFA ban, who knows what FIFA has in its bowels regarding him, which it can fish out and use against him?

No, Kabele though smarting from the rapid changes he has witnessed, is too greedy to vote for posterity, he can be counted on to vote as instructed.

From documents presented to us, Kabele has earned a whopping $175,000 in allowances from CAF alone, not to mention the annual $300,000 stipend which comes by virtue of being a FIFA Council member. How would you expect such a joyrider to vote with his conscience while he has nothing new to offer African football and is serving at the whims of Ahmad Ahmad?

Attached statements showing the amount of money which Almamy Kabele has received from CAF for doing virtually nothing.

SOUTH AFRICA AT A CROSSROADS: FREEDOM OR IMPERIALISM FOR CAF?

OH DANNY JORDAAN, YOU JUST HAD TO...

INFANTINO MADNESS: HOW FIFA WAS TURNED INTO...