BRING IT ON! INFANTINO DARES SPECIAL PROSECUTOR STEFAN KELLER TO ARREST HIM

written by admin August 3, 2020
This article is also available in the following languages:
FacebookTwitterInstagramTelegramEmail 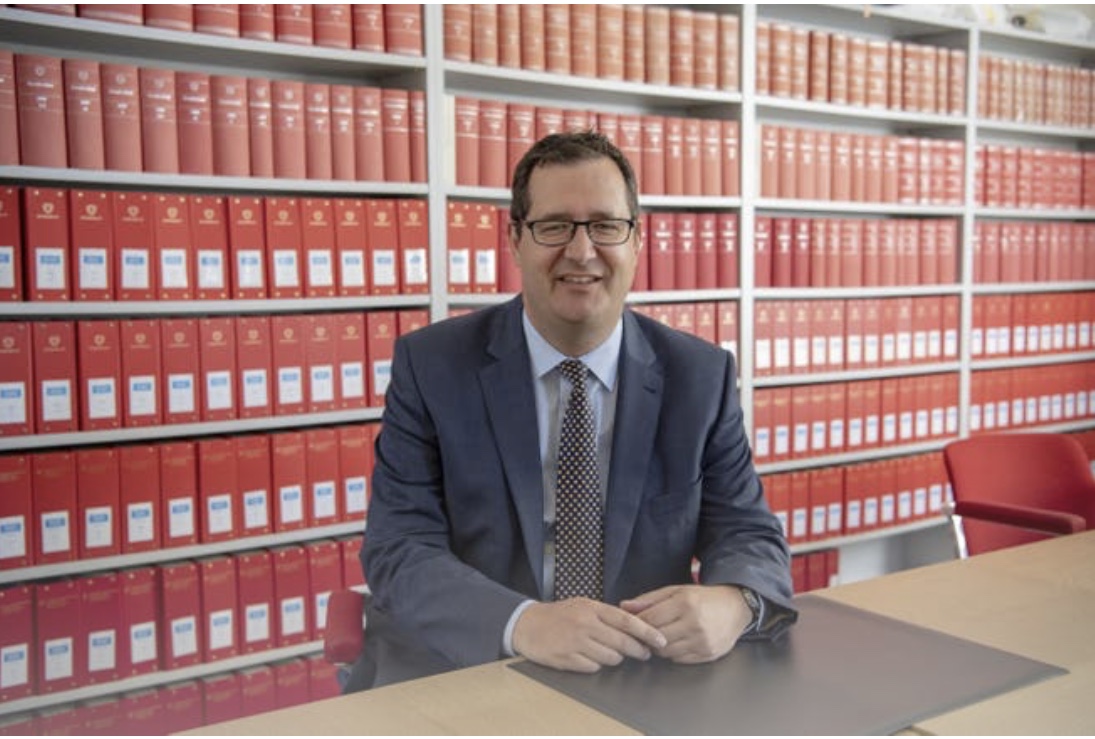 FIFA today held a press briefing that was addressed by its Deputy SG – Alasdair Bell – one of the many Infantino loyalists that made his way from UEFA, following Gianni Infantino’s ascension to the FIFA Presidency.

In a bizarre rant, Bell appeared to have thrown down the gauntlet at special prosecutor Stefan Keller and the entire Swiss Government, daring them to go ahead and take legal criminal action against Infantino and quite confident that Keller did not have sufficient grounds upon which to prosecute him.

Whilst bemoaning the legal set-up in Switzerland, Bell indicated that in more advanced jurisprudences like the US, a grand jury would have been convened to assess the allegations against Infantino, and ultimately decide whether to proceed with indictments or not.

In Switzerland however, this appears not to be the case, despite the fact that the Swiss Federal state is close to 170 years old (2nd only to the US) and has steadily been developing its criminal procedures over that time.

You can therefore see the arrogance of the statement by Alasdair Bell, who for some reason seems to believe that the application of the written law and its precedences in Switzerland should, for some strange reason, be inapplicable to both FIFA and its President Gianni Infantino.

Was Alasdair Bell inadvertently calling into the question the competence and partiality of the Swiss legal system and of the Special prosecutor Stefan Keller from the comfort of his refuge in Scotland?

According to FIFA, the extraordinary prosecutor Stefan Keller “has presented neither irrefutable evidence nor a legal basis for his decision” . This assertion contains an argument of procedural rhetorical manipulation and a blatant lie, according to former International Criminal Court (ICC) prosecutor & former attorney general of the Switzerland Carla De Ponte.

At this stage of the proceedings, it is simply wrong to present to the uninformed reader that the prosecutor should have “irrefutable evidence” to support the opening of a criminal investigation. In Swiss law, “irrefutable proof” , as all the country’s magistrates and all criminal lawyers know, is not even necessary to obtain an enforceable sentence, since the adjudicating authority can be based on consistent evidence contained in in the criminal case.

On the other hand, it is untrue to make citizens and football fans unfamiliar with criminal matters believe that the extraordinary prosecutor Stefan Keller has not presented to the Supervisory Authority of the Public Prosecutor’s Office (AS-MPC) legal basis justifying his decision to open criminal charges against Gianni Infantino. On the contrary, Keller advanced three specific penal provisions, abuse of authority , violation of official secrecy and obstruction of justice. 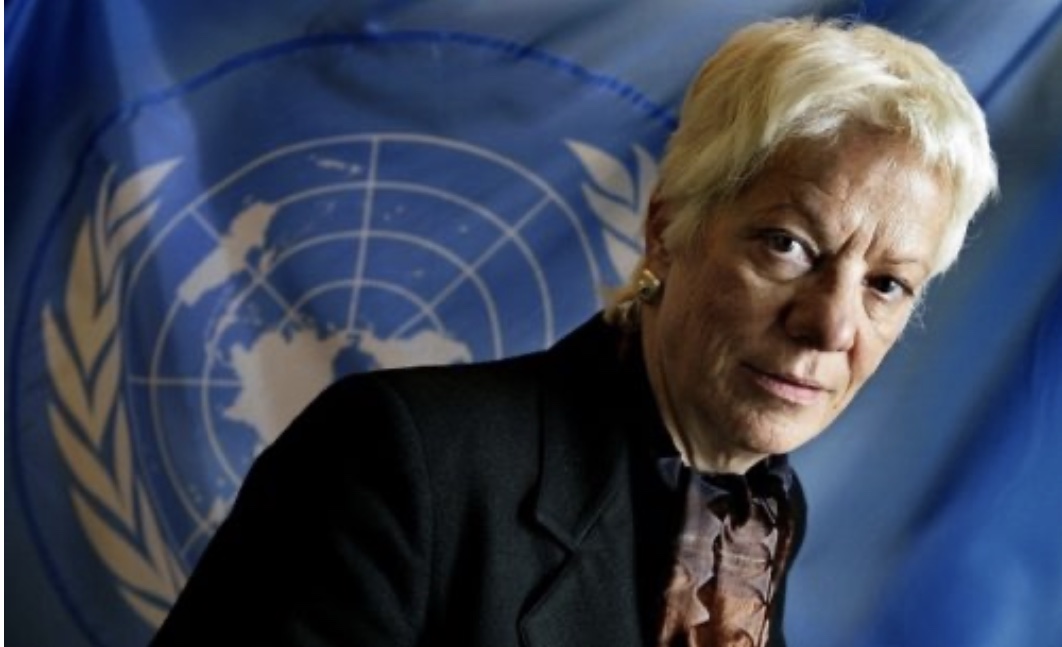 So is FIFA, by implication, telling the World that 3 serious criminal charges, which have led to an application for the lifting of immunity against a Swiss Federal prosecutor could be so frivolous that FIFA feels confident enough to dismiss them off-hand?

Unless of course, in their panicked state the top legal minds at FIFA plus its host of legal mercenaries wish to draw out Keller, hoping that he would come out to defend himself and in the process reveal more about the charges he has in store for Infantino, because for sure, in this game of legal chess Keller almost certainly has several more devastating details and charges in store for Infantino.

Majority of criminal law anywhere else in the World allows prosecutors to continually amend, add or subtract criminal charges against accused persons during the subsistence of the criminal trial.

The question on everyone’s mind right now is this; who has cut himself a deal with the prosecution in exchange for immunity?

Because if it is true that Infantino met Lauber in the company of Arnold in 2015 to arrange the concretization of charges against both Blatter and Platini, in order to pave the way for his eventual ascension to the FIFA Presidency, then boy oh boy, is he in for some real funk!

Finally, Bell kept reiterating over and over that FIFA (the organization) has done nothing wrong in the entire harebrained scheme, either hoping to insulate the organization from the blowback that will come with this trial or subliminally telling the World that there is no separation between FIFA and its President, thereby making the moniker “FIFAntino” more than journalists’ dry humor.

If this is viewed to be true, then it is possible for the Swiss Government to contemplate breaking up FIFA into smaller units as has been done elsewhere for monopolies that don’t serve the public interest, and as part of the aggressive antitrust laws.

Infantino, the not-so-clever-guy, has opened the door to more scrutiny of the organization by Swiss authorities, and if it is discovered that things done inside the organization were also of criminal nature, there is no end in sight for the amount of trouble brewing for FIFA.

Remember, immediately after the arrival of Infantino and the flawed selection of Fatma Samoura as SG, they went on a sacking spree of 40 top employees on the basis of “breach of confidentiality” (ironically the same charge brought up against Infantino by Keller) and many of whom have deep intimate knowledge of the internal affairs of FIFA and likely willing to spill the beans.

For instance one only needs to take a look at the FIFA Financial Reports, the latest being 2018, where you have details of of what was given to each Football Association (FA) between 2016-2018. According to financial regulations, most of the FA’s were entitled to a $2 million grant for a concrete project on the field (subject to contracts with suppliers), $1.5 million for operational expenses (with little or no oversight) and slightly over $500,000 for travel (costs normally catered for by Governments across the continent).

In total, $4.5 million in the financial cycle. If you look at the expenses in Africa, you will notice that 85% of funds for operational costs have been released, while only 25% has been released for concrete projects. What does this mean? That since Gianni Infantino was elected as FIFA President, more money was spent in cash than for concrete projects. More cash which translated to better salaries, allowances and slush funds for football lootocrats in African countries.

And so, like a gift that goes on giving, Infantino has placed FIFA into a ferris-wheel by his own blind ambition and greed, one that will end up ejecting him unceremoniously.

The penultimate week for Gianni Infantino has come. His narcissistic thirst for power and money at the expense of all else is about to converge with the ruthless execution of legal jurisprudence.

BILITY’S PROPHECY: INFANTINO HAD NO INTENTION OF RESIGNING AFTER CRIMINAL INDICTMENT