SEX TRIANGLE: CAF President Ahmad Ahmad May Have Sacked His Aide Loic Gerand Over A Woman

written by admin November 13, 2019
This article is also available in the following languages:
FacebookTwitterInstagramTelegramEmail 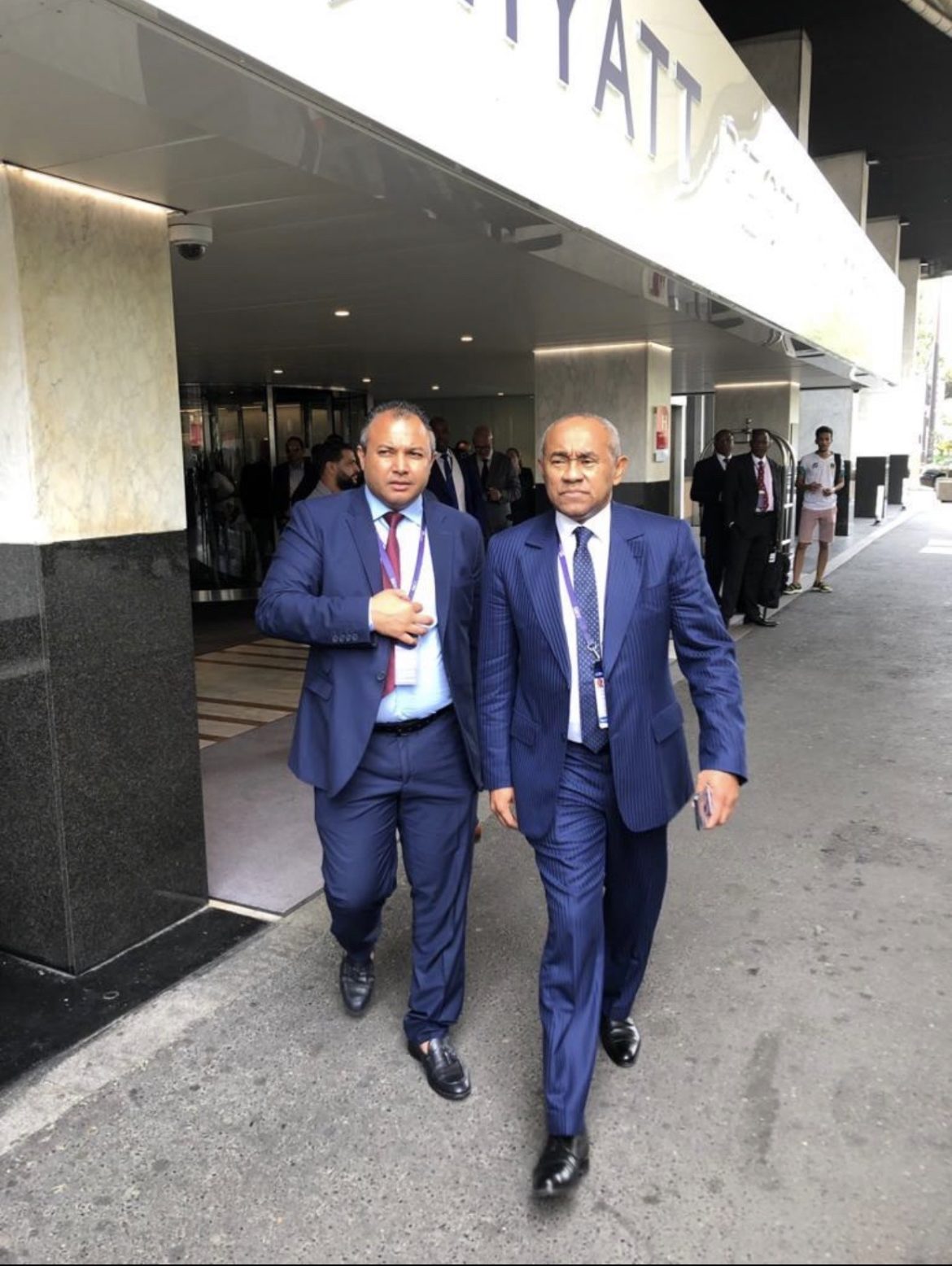 As you have all been witnessing the unfolding events within the precincts of both the Confederation of African Football (CAF) and World Governing Body FIFA, sex seems to be playing a crucial role in determining job appointments within the two institutions. Merit has been put in the back-burner as nepotism, cronyism and sexual proclivities carry the day.

Gianni Infantino has come under fire over his suspicious links to Maria Claudia-Rojas, the head of the investigatory chamber of FIFA Ethics Committee, with many accusing him of overlooking merit and falling prey to the weaknesses of the flesh. Nicknamed in football circles as “Super Amiga”, Maria was criticised for her apparent incompetence by a report done for the Council of Europe by Anne Brasseur.

It is only recently that reports have started emerging connecting dots to an intimate relation between Gianni Infantino and the former Colombian judge. 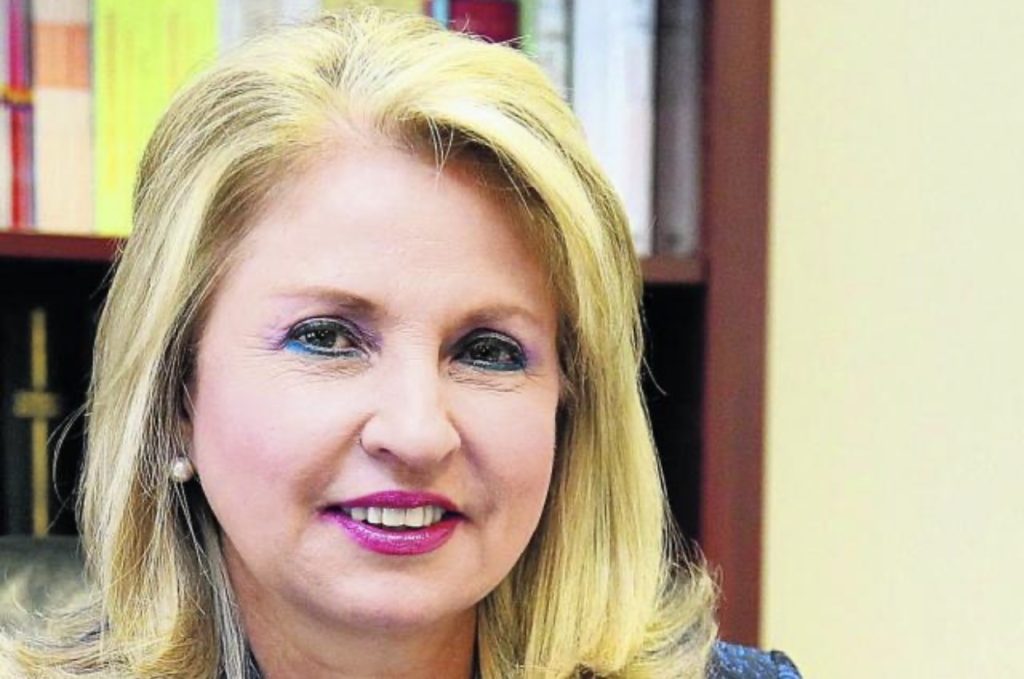 Gianni Infantino couldn’t resist the urge of being an actor in a real-life telenovela by giving an unqualified person a role, just so he could get closer to her.

Not to be outdone, CAF President Ahmad Ahmad has engaged in a sexual frenzy, targeting any or all skirts around him due to his inability to control his desires. To be able to navigate the rough terrain and still survive any ethical hurdles, he needed a woman to secure his interests and defend him in the event of accusations of that nature arose.

It was none other than current FIFA Secretary General Fatma Samoura, who was handed the enviable task of white-washing Ahmad’s reputation, by constantly surrounding him to provide a veneer of credibility on his tattered name. But even before that happened, speculation is rife that Ahmad and Fatma were having sexual relations all the way from 2010 when she was appointed as the UNDP head in Madagascar.

But having landed a plum posting in FIFA thanks to her undercover lover, she has left him to roam around as she cleans up his mess.

And one such mess is recent reports of the sacking of Loic Gerand, his former very visible Personal Assistant. Whats unique about this is that Ahmad and Loic are said to be cousins, and both hail from the island nation of Madagascar. 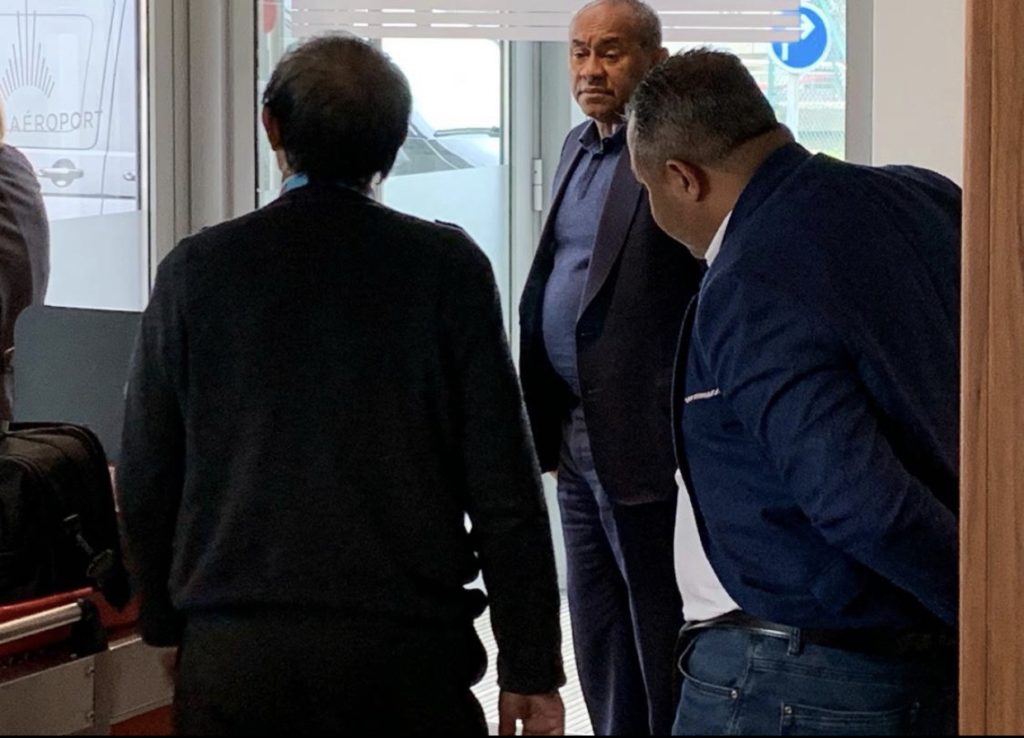 Loic Gerand (pictured removing his belt) was the real life wingman to CAF President Ahmad Ahmad. News of his sacking has sent shockwaves in the entire African football fraternity.

Over the last few months, there has been a falling out within the CAF Exco, the arbitrary sacking and replacement of senior officers at the organization’s headquarters in Cairo, filing of serious charges with the FIFA Ethics committee and the continued non-adherence to the statutes of Africas football governing body.

The most serious allegations that continue to haunt Ahmed are the claims of sexual harassment against female employees of CAF, where he allegedly used his senior status to coerce his juniors into having sexual relations.

A pattern or a “method to the madness” seems to be appearing in how Ahmad handles his affairs, both private and corporate.

He approaches both with a nonchalance, callousness, arrogance and brute (where tact and intelligence would work better).

Ahmad, a native of the former Mahajanga Province of Madagascar, where he was raised by his grandparents, both of whom were farmers and who came from Zanzibar

For some reason, Ahmad never took up the name of his parents and the surname section of his National identity card is blank.

His marriage to a Mauritian National seems to have ended about a decade ago, when the lady’s parent removed her from the matrimonial home following chronic illness. There is a rumor within family circles that the family blame him for the illness of their daughter.

This is probably the same lady that appeared on the 2008 travel arrangements made by Mohammed Bin Hamman for Ahmad, to travel to Kuala Lumpur in the now infamous bribery issue that initially got Bin Hamman banned for life.

Ahmad is reportedly the father of a young minor of about 5 years who lives with her mother and an older 35 year old daughter from a previous relationship.

Whispers within CAF point to the fact that his sexual proclivities are a poorly kept secret among the FA Presidents and employees, and that he uses his position to tour the Capitals of African countries, where the hosts pimp him a selection of local delights.

The African mind rationalizes sex and virility quite differently from the rest of the World, and many African FA Presidents happily justify his sex tourism, with additional rumors that some rather young nubiles are quietly spirited into his hotel suites under cover of darkness.

Familiarity breeds contempt, so how is Ahmad supposed to earn the respect of African FA Presidents whom he has been using for such covert activities?

There can never be smoke without fire, and the symptoms of his addiction keep popping up every so often.

During the campaigns for the CAF Presidency, Ahmad is known to have generated a mini-scandal in South Africa with a married woman, whom he had promised a job in CAF if she agreed to leave her husband.

Moving on, in early 2018 Ahmad was introduced to a lady by the name of Diana, then based in France and surviving on job-hopping. The introducer was none other than his PA Loic Gerand who seemed to have an interest in the lady beyond the philanthropic intervention of asking Ahmad if she could be employed in CAF.

Indeed an opportunity was created for her when Niger National and campaigner in-chief Dennis Idrissa was sacked as Head of Protocol at Ahmad’s office and she took his place to coincide with the FIFA World Cup 2018 in Russia. 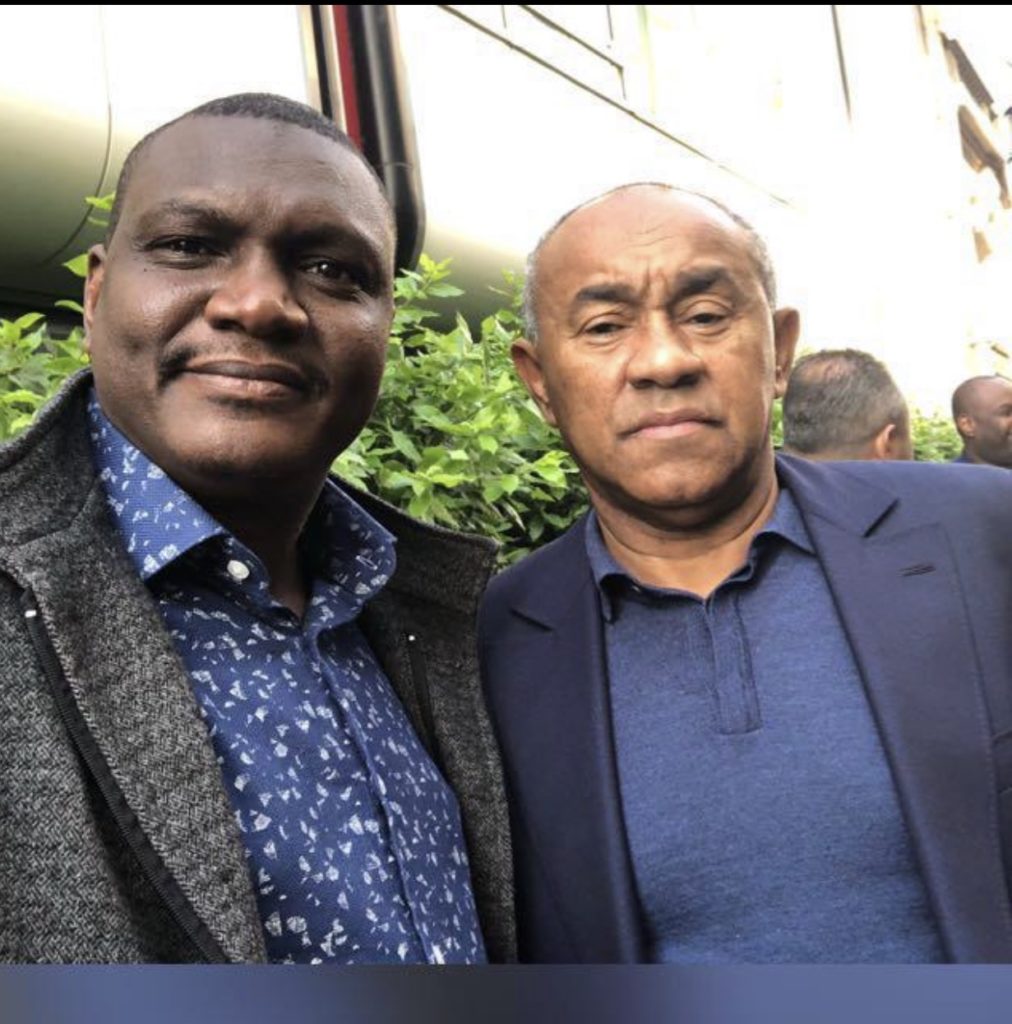 CAF President Ahmad Ahmad pictured here with Dennis Idrissa, whom he dropped like a hot potato to make way for the lady he wanted to steal from Loic.

Noticing the proximity between Loic and Diana, Ahmad gave him a temporary but compulsory leave to travel back to Madagascar, so that he can have his new catch without any unnecessary distractions. And that was the beginning of tensions between the two “cousins”.

Loic was only embraced back in the fold after began started emerging that Loic’s friend and Madagascar President Andry Rajaolina was making strides and headed for a victory in the Presidential elections last year. Fearing that Loic would be appointed as a minister and eclipse his shine back at home, Ahmad quickly recalled him back to work.

But the sexual tension still persisted.

It is said that Ahmad planted spies on Diana, by now a full time staffer at CAF, to monitor her moves and interactions. To Ahmad’s dismay, she was still continuing with her relations with Loic Gerand, sparking his fury, culminating in his sacking earlier this month.

MUSICAL CHAIRS: Uganda’s Moses Magogo Being Prepped To Take Over From Malawi’s Walter Nyamilandu In The FIFA Council