Top Posts
DID AMB. (DR) AMINA MOHAMMED GIVE WHISKY TO A RECOVERING ALCOHOLIC?
ISHA JOHANNSEN – A VIRUS THAT HAS NOW INFECTED THE FIFA COUNCIL
TIS THE SEASON: CAF ELECTIONS – LIFE AND DEATH BATTLES
WHO WILL MOVE THE VOTE OF CONFIDENCE IN INFANTINO AT THE SEPTEMBER 18TH FIFA CONGRESS?
BILITY’S PROPHECY: INFANTINO HAD NO INTENTION OF RESIGNING AFTER CRIMINAL INDICTMENT
BRING IT ON! INFANTINO DARES SPECIAL PROSECUTOR STEFAN KELLER TO ARREST HIM
SWISS JUSTICE WILL CRACK DOWN VICIOUSLY ON FIFA IF INFANTINO REFUSES TO RESIGN
CAF ELECTIONS 2021: A BURIAL CEREMONY OR WITNESS TO A RESURRECTION
BANANA REPUBLIC: SWISS CORRUPTION FIGHTING BACK WITH LEGAL TECHNICALITIES
EMILIO GARCIA SILVERO: MEET THE MAN SET TO DELIVER BRIBES TO SPECIAL PROSECUTOR STEFAN KELLER
Home Commentaries AHMED YAHYA: HAS ALREADY DONE A DEAL WITH THE DEVIL
CommentariesFeatured

written by onyii January 23, 2020
This article is also available in the following languages:
FacebookTwitterInstagramTelegramEmail

The entire World was aghast at the turn of events, the CAF Champions league 2nd leg final between Esperance de Tunis and Wydad Casablanca had aborted after the players from the Moroccan club stormed off the pitch in apparent protest at the decision of centre referee, Gambian Bakary Gassama, to disallow a 60th minute equalizer by the Moroccans. 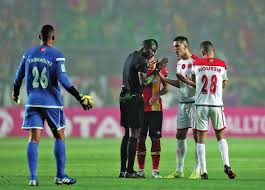 The main gripe by the Moroccan players and technical bench was the fact that VAR technology was unavailable to help evaluate the authenticity of the equalizer, which prompted their ultimate departure from the playing area without the consent of the match referee, and into the changing rooms.

Despite the presence of CAF President Ahmad Ahmad and members of his Exco at this global, elite showcase, they could not mediate the volatile situation to conclusively enable the match to continue, while it was being beamed to a global audience.

This marked the very first time in the 55-year history of this competition for a match of this magnitude to abort. The general consensus now is that the match aborted because the Moroccan team felt that they had sufficient political cover within CAF to get away with it and compel a replay at a venue where they would not be overwhelmed by local support. 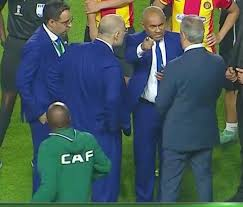 CAF President on the pitch-side trying to intervene

Had this been during the days of former CAF President Issa Hayatou, Wydad would certainly never have dared to abort the match, knowing full well what ruthless, instant justice would be meted out upon them to devastating effect.

However, Wydad Casablanca, were super confident of the power of their patron at CAF, 2nd VP, Fouzi Lekjaa, and therefore neither saw no problem nor felt any compunction about disappointing the entire World and disrupting a meticulously planned event just because they had a gripe.

What a bunch of entitled cry-babies!

While the centre-referee made the decision to terminate the match and award it to Esperance De Tunis according to protocol, the role of the Match Commissioner in that match has never fully been canvassed, considering that behind the scenes, it was his report that was used as justification for sacrilege upon the African game.

But who was the Match commissioner in that abortive abomination of a CAF Champions League match? 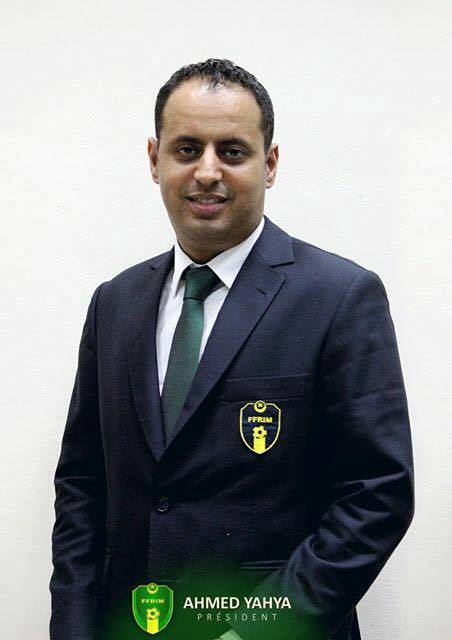 CAF had granted the role of Match Commissioner for this critical encounter to Mauritania FA (FFRIM) President and CAF Exco member Ahmed Yahya.

The decision to use FA Presidents as match commissioners begun in the Hayatou era and carries on today, which remains one of the clearest indictments on his leadership legacy.

It was not uncommon to find, during the Hayatou years, the FA President of a country which was hosting an AFCON or World Cup qualifier absent, because he or she had been allocated a match commissioners role in another country.

This created a lot of confusion because National team matches are National events, and the absence of the top elected officials for his own country’s such qualifier was itself baffling and led to a lot of protocol awkwardness in the stands.

Remember too, that majority of these FA Presidents don’t necessarily have technical football background or a deep understanding of the rules governing football matches, they therefore come as an appendage to the Centre referees, incapable of adding value in the event of a crisis.

Therefore, while the competent centre referee dealt with the issues according to the rules on the field of play, Ahmed Yahya wrote a separate report, with alternative facts and his own opinion based on limited experience, then forwarded it to the CAF Exco directly.

You can imagine the absolute injustice of it all, that Ahmed Yahya would be able to present his report to the CAF Exco directly, and still sit in on the deliberations of this same Exco as a bonafide member.

That is exactly what happened in Paris on 5th June 2019 on the sidelines of the FIFA congress, when the CAF Exco allowed Fouzi Lekjaa to steam-roll members into discussing the abortive Champions League final, tabling the Match commissioners report and hearing the one-sided commentary of FFRIM President Ahmed Yahya.

At no point was the Referees report tabled or requested despite it being the sole official record of account on any match.

The unanimity with which CAF Exco members spoke regarding their decision is shocking and underscores their complete ignorance of the laws governing the game.

For instance, rules set by the game’s lawmakers, the International Football Association Board (IFAB), state that a match cannot be invalidated because of VAR technology malfunctioning or if there is a wrong decision involving VAR.

However, CAF went ahead and compounded the first unfortunate series of events with a tragic one of their own by ruling that the 2nd leg final be replayed at a neutral venue, whose only available slot appeared to be after the 2019 AFCON in Egypt.

CAF Exco went ahead to nullify the award of the match to Esperance, and ask for the return of the Championship trophy and individual medals.

Unexpectedly, it was Wydad that took the matter to the Court for Arbitration for Sports (CAS) in Switzerland, unhappy that the Exco had ruled on a re-play instead of an outright award of the championship to the club. 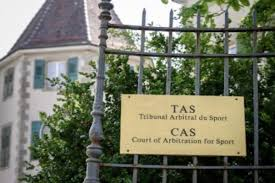 At CAS the matter was dealt with expeditiously and as anticipated, CAS ruled that the CAF Exco did not have the jurisdiction to alter the outcome of the match and to order it to be replayed.

CAS thus ordered that the matter be sent to the “competent CAF bodies” which would “order the appropriate disciplinary sanctions, if any, and accordingly to decide whether the second leg… shall be replayed or not”.

The rest as they would say, is history!

All of this happened because the match commissioner apparently concocted his own version of events that were at odds with those of the centre referee in such a critical match.

Why would Ahmed Yahya have an alternative set of facts that would favour Wydad Casablanca in a match where he ought to have been neutral?

Ahmed Ould Yahya was co-opted and approved into the CAF Exco during the CAF Exco meeting and subsequent extraordinary congress that were both held in Manama, Bahrain in April 2017.

Yahya has worked his way up the football ladder in his country for over 2 decades, starting in 1999 as the founding President of local club FC Nouadhibou, which he left 5 years later in 2004.

Yahya then joined FFRIM proper when he was made the Director of National teams for 3 years between 2004 and 2007, before assuming various roles within FFRIM, including that of Secretary General between 2007 and 2011.

Infantino and entourage in Mauritania to open refurbished stadium

Finally, in 2011 he was elected to the Presidency of FFRIM, where he now serves his 3rd term, having only recently been re-elected by landslide (33 out of a possible 34 votes) in 2019.

Yahya also serves as a member of the organizing committee for competitions at FIFA since 2017.

2019 was also the first time in history that Mauritania qualified for the AFCON which was played in Egypt, a feat that has largely been credited to Yahya’s leadership acumen.

In 2018, the FIFA Executive Football Summits were held in Mauritania for the French-speaking FA Presidents in an event where FIFA literally flew in journalists from across the continent to cover, ostensibly in a bid to position Yahya for bigger things in the future. 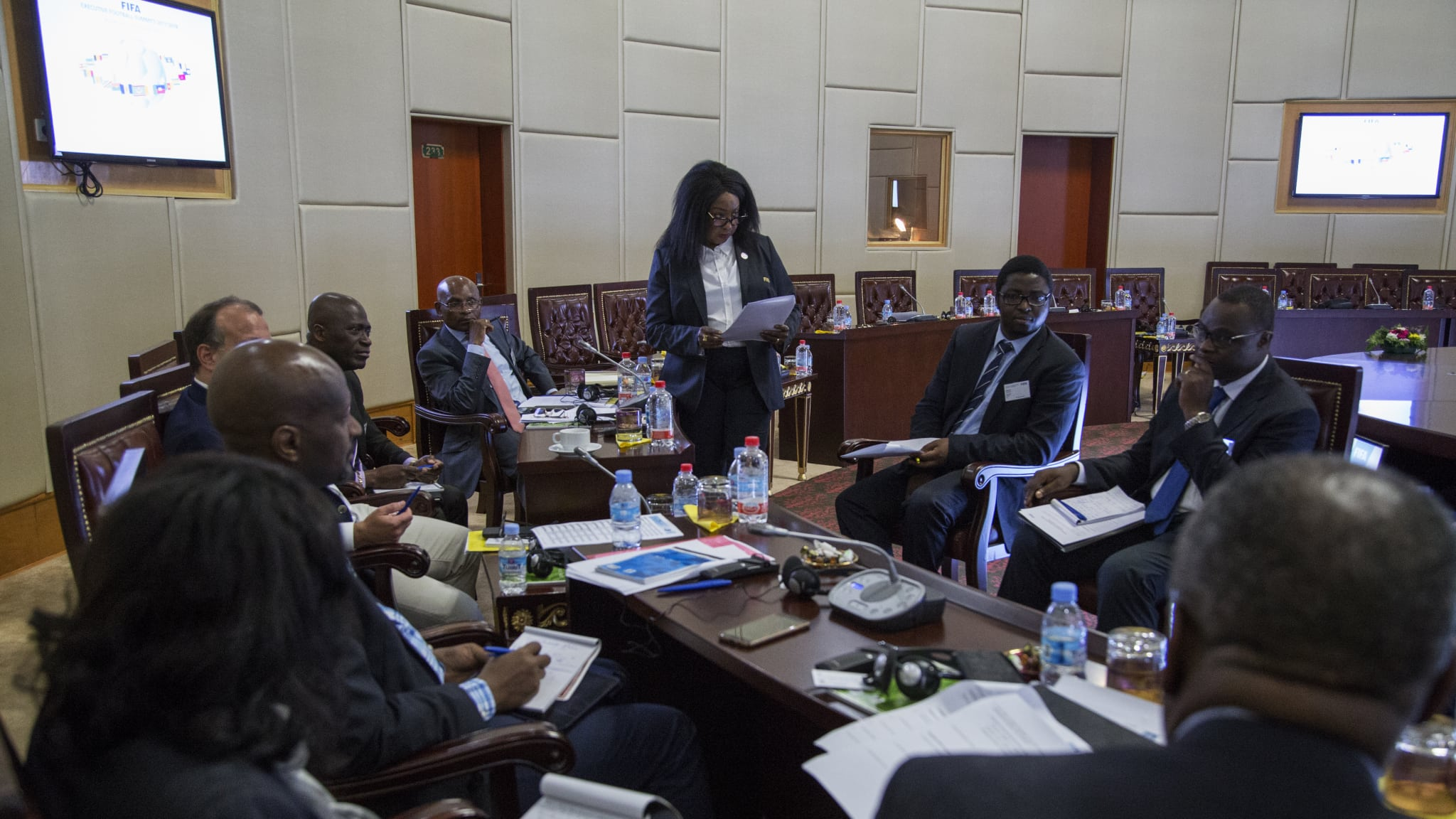 Fatma Samoura at FIFA Executive summit in Mauritania in 2018

In 2019, FIFA President Infantino travelled (again) to the Mauritanian capital, Nouakchott, to officiate the official opening of the newly refurbished 8,200-seater Cheikha Boïdiya Stadium which had been done up thanks to the prudent use of funds from the FIFA Forward programme.

So why would someone with an above average football CV and who seems to be well-liked in both CAF and FIFA, fall into the trap that involved manipulating his own match report in order to unfairly favour Wydad Casablanca in that fateful CAF Champions League 2nd leg final?

Most evident is the fact that Yahya, is a key member of the “Muslim Brotherhood” of CAF FA Presidents who have sworn fealty to CAF boss Ahmad Ahmad, and whose central ethos seems to be the maintenance of African football leadership exclusively in Muslim hands, in perpetuity.

In May 2019, Yahya signed a 2-year kit sponsorship deal with Moroccan company AB Sport in a deal that was brokered by Morocco FA President Fouzi Lekjaa. 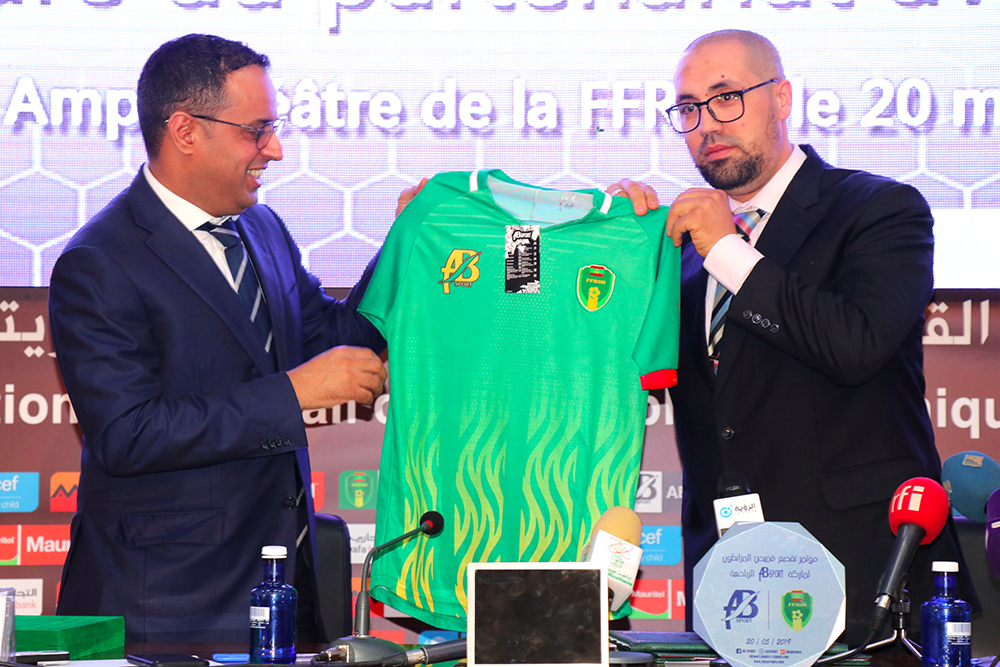 Then in 2018, Lekjaa quietly arranged for the appointment of Bowte Sarr, a former employee of Air Mauritania, to the position of Head of CAF services and Travel.

The kicker however, is that Sarr is related to Yahya, but more sinisterly, to FIFA SG Fatma Samoura through her husband who is also Mauritanian, which speaks to the high level of nepotism that has permeated not only CAF, but FIFA as well. 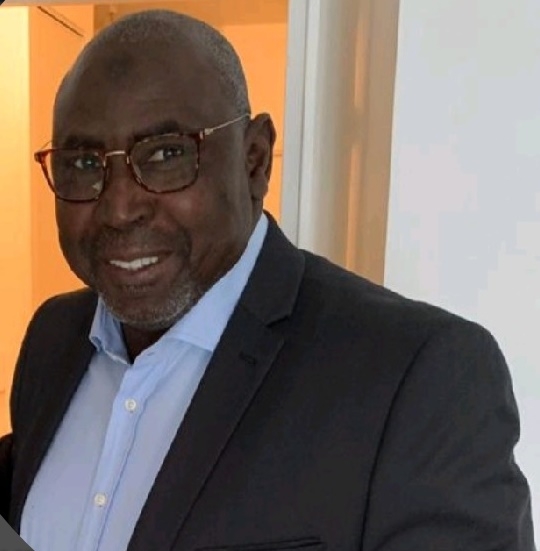 It therefore becomes very difficult to say no to a benefactor at the level of Lekjaa in a matter that is obviously very emotive to him like that Esperance vs Wydad final.

How then can this man, be entrusted by FIFA to steward the competitions committee with any degree of professionalism?

Will this man Yahya, suddenly find both his spine and independence when the vote to keep or to eject Fatma Samoura from African football, eventually comes up in early February?

FIFA’S TRUMP: INFANTINO AND HIS WAR WITH PLAYER AGENTS